Babywise schedule month 6: for baby around 6 months of age. On this page you’ll find schedules, information on naps, nighttime sleep, and more! 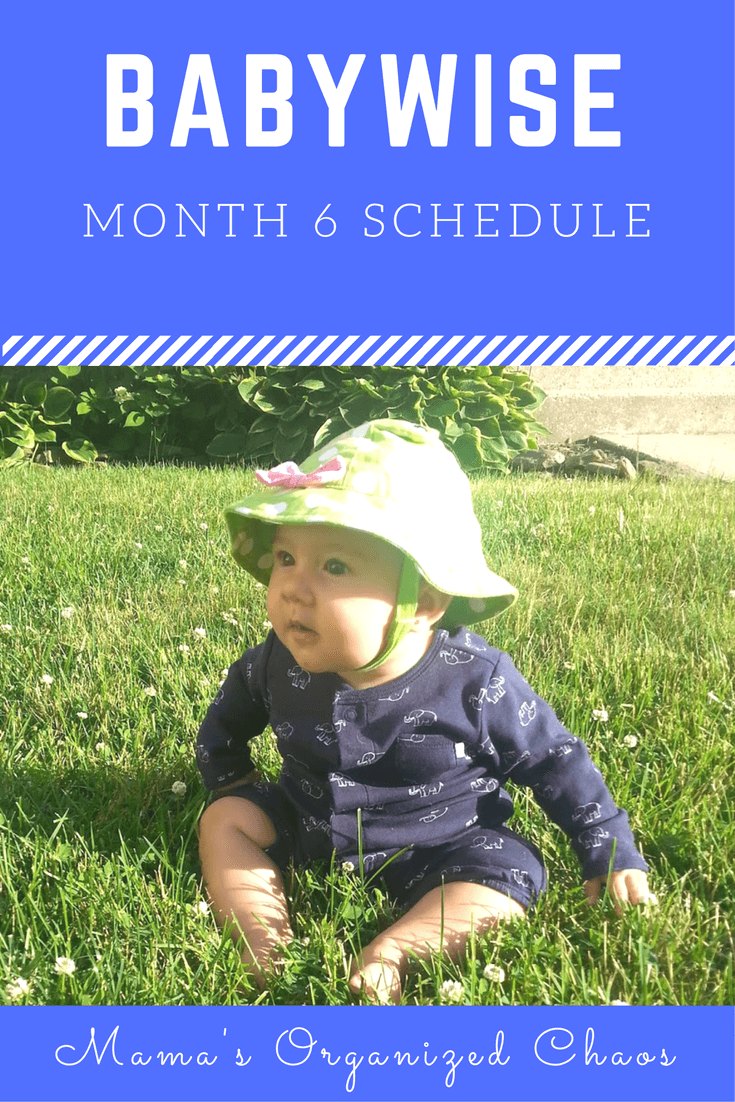 As mentioned in last month’s update, we continued the transition of attempting to drop the catnap this month. For about half of the month, Caroline struggled to take the nap, but needed it as she was not taking long enough naps during the day, nor was she able to handle extended wake times.

Halfway into the month, however, Caroline decided to refuse the catnap all together. I wrote about this transition in a recent post called “Dropping the Last Catnap”. The details of how we finally dropped the catnap can be found in that post. It was a struggle, but it was one that needed to happen. 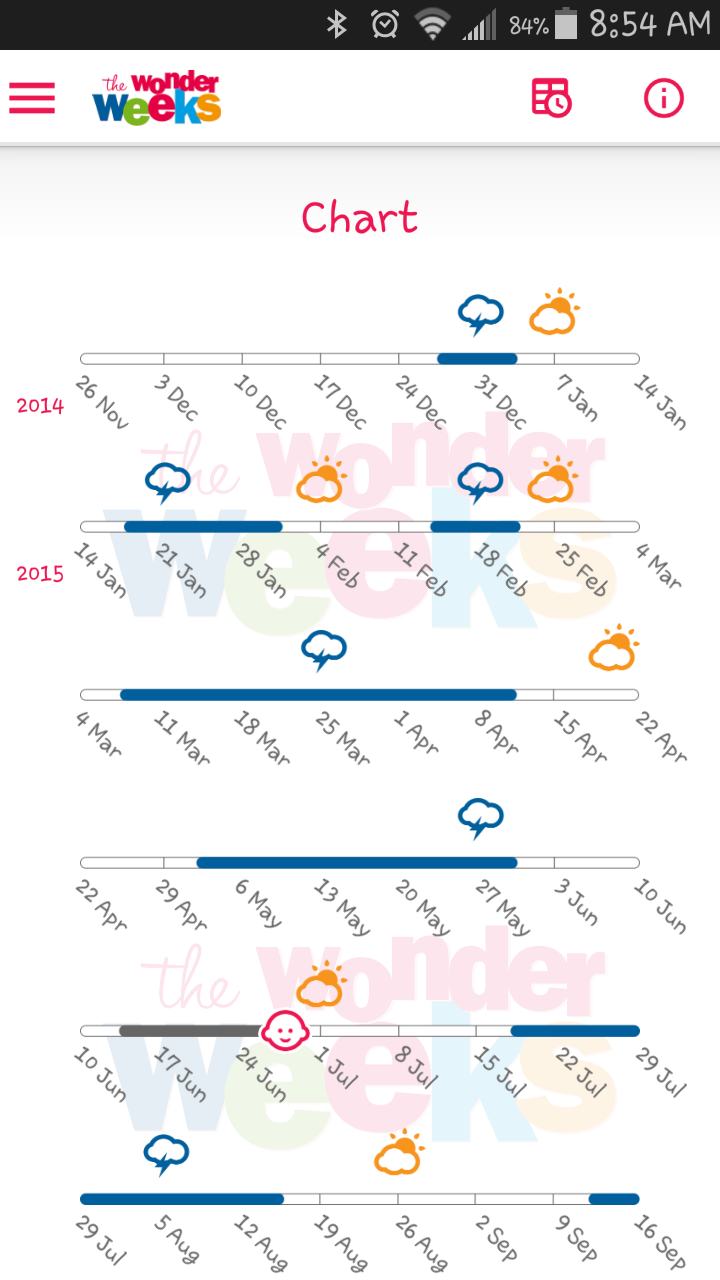 The second half of this month has been an interesting one. It started with dropping the catnap, which was a very hard week for both me and Caroline. When we made it out on the other side, we had about 3 good days of our new schedule, and then sickness hit, and I think teething also hit.

Not to mention, we are also in the grey period of the wonder weeks– and this has come with its own challenges. Whether due to sickness, teething, or the wonder week, Caroline has been extra clingy, only wanting Mama, and easily frustrated.

She has also been extremely picky with solid foods. I think this part may be due to teething, as she doesn’t seem to want to chew anything. So we decided to go back to purees, and this has been working well for the past few days. 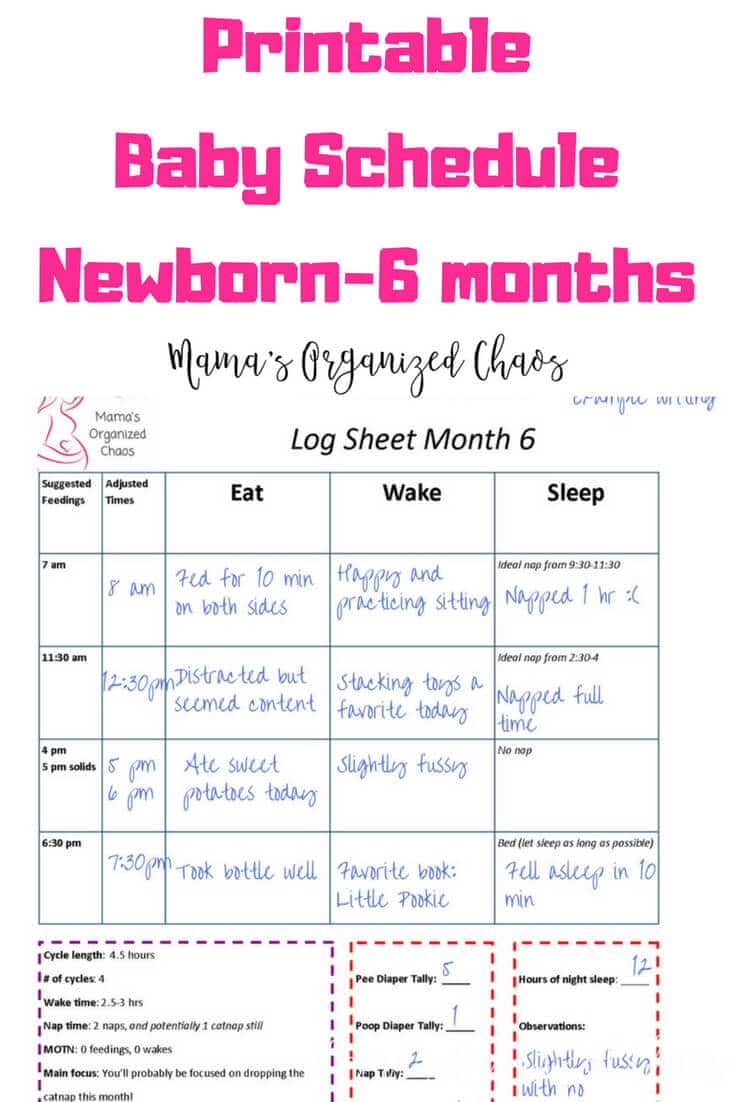 Again, the above schedule is the new schedule that we used in the second half of the month. To view the schedule used for the first two weeks, take a look at the month 5 schedule page.
With this schedule, we incorporate a 2 pm snack if need be, and we flex bedtime to be earlier if the second nap does not last until 4 pm. This is to avoid Caroline being overtired. 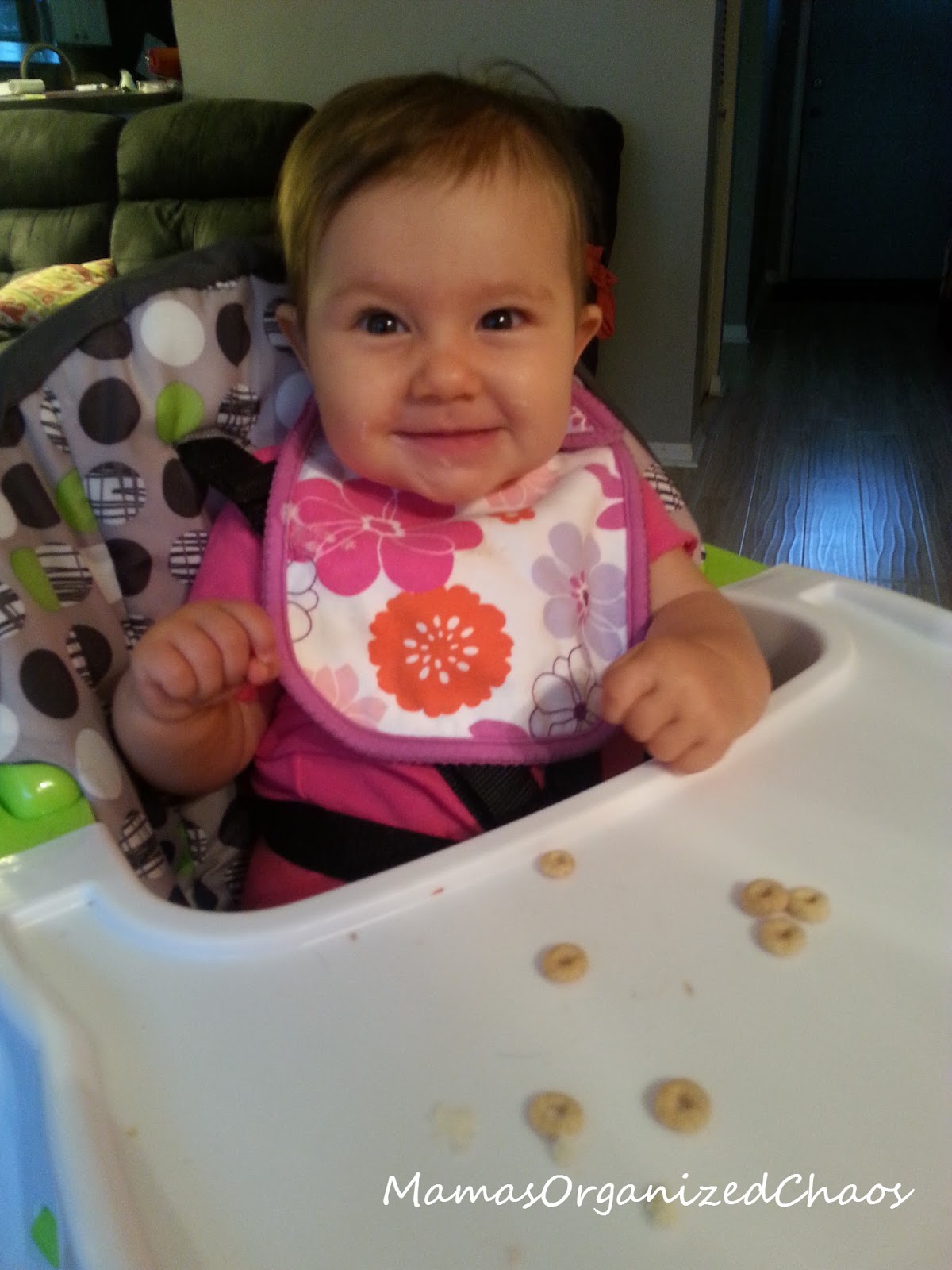 During the 6th month, we have continued with 3 solid food feedings each day. We moved the solid foods in the morning and afternoon to be right after she nursed, instead of an hour later. We also incorporated a snack at around 2 pm if she seems to need it before her nap.

She was eating the same foods that we were eating for lunch and dinner, and was doing very well with it until the second half of the month, when I believe she may have started teething. At that point, we had to make the transition back to purees, which she has, so far, taken well to again. 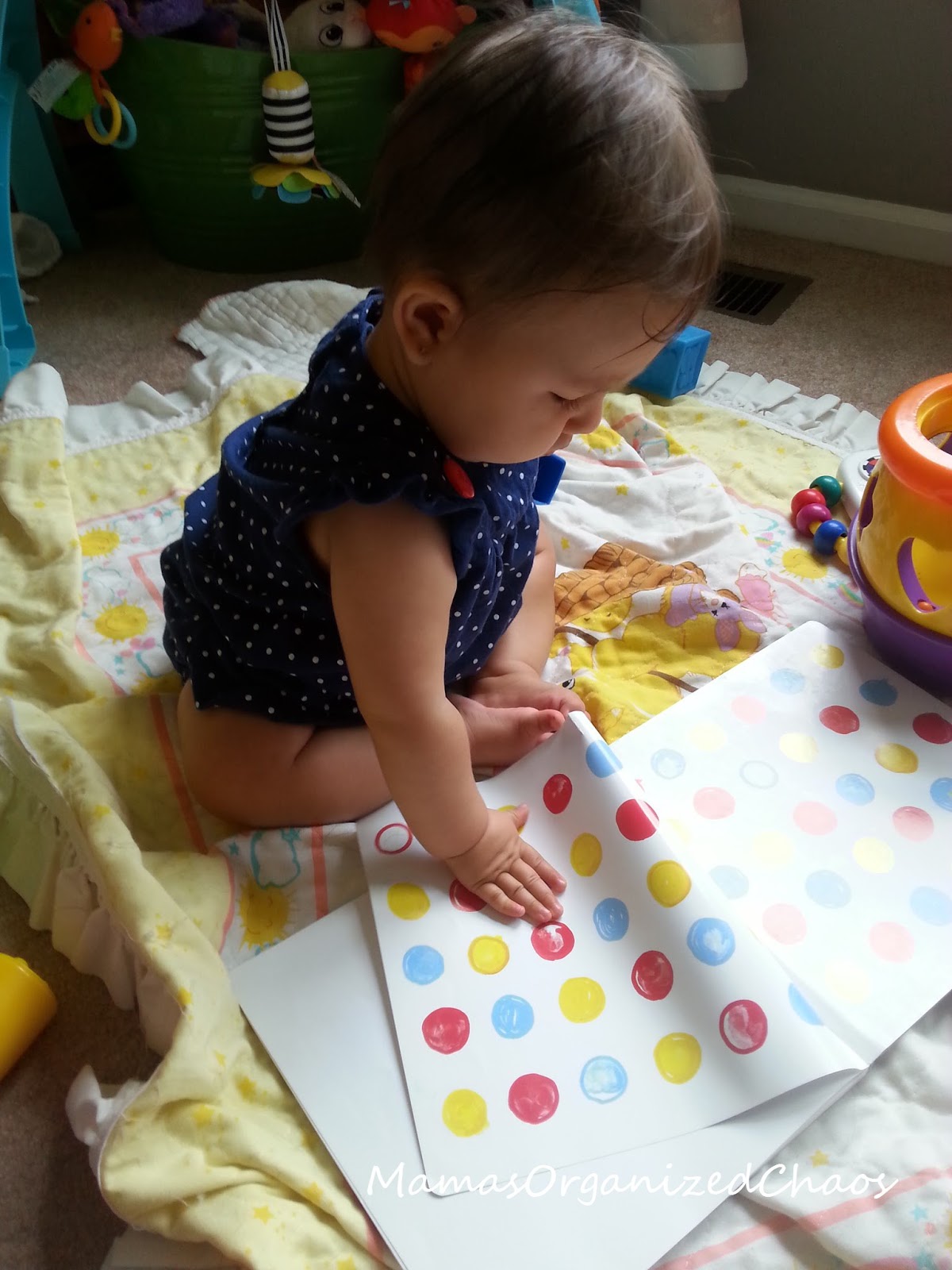 Wake time this month involved lots of sitting and exploring again. She is now reaching out very far in front of her to get toys that she wants. She has figured out that she can pull on the blanket to get things closer to her (genius)!

She is wanting to crawl, but is only making the effort to lunge forward while sitting, and then is one frustrated baby on her belly. She is inspecting things, turning things over and looking at them from all sides. Everything goes into her mouth.

This month, she is more easily bored, and is liking individual play time less and less. She really wants attention and for Mama to be close by.

Naps were the focus this month. As mentioned above, she dropped the catnap on her own this month, which led to some interesting days.

She is now taking a 2 hour nap in the mornings, and we hope for an hour and a half nap in the afternoon, but don’t always get it. She is still adjusting to the longer wake time from 11:30- 2:30, so if she gets overtired, her nap is only lasting 30 minutes on those days.

I am trying to push her to get used to the wake time, however, because with the catnap being removed from the schedule, if her schedule is not extended, her evenings have to be cut short. This has meant a few days of not getting to see daddy this month. She has been in bed before he gets home, which has been difficult.

Find Printable Schedules and More At My Etsy Shop

Nighttime sleeping has continued to be great. She has struggled a bit in putting herself to sleep towards the end of the month, and we have helped her by rocking her to sleep.

This is most likely due to being overtired from dropping the catnap, being sick, teething, and the grey “fussy” period of the wonder weeks that she has been going through.

There have been a few MOTN wakings as a result. Overall, however, she continues to do great!

This was a pivotal month with changes to her schedule. I’ve been seeing that we need to make changes for quite sometime, and we’ve been unsuccessful until now. Caroline led the way, and pushed through like a champ! She’s been so strong handling everything she’s been through this month.

If You Don't Have the Babywise Books Yet, It's a Must Purchase