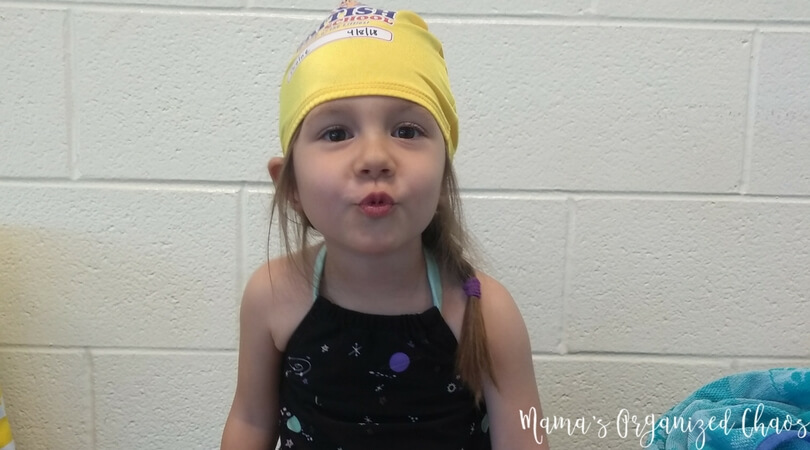 In exchange for an honest review on this blog, British Swim School of Central MD has provided my family with free swim lessons. All opinions and thoughts are my own. See below for an enrollment special!

Baby taking a nice long nap? Mention it and she wakes up!
Behavior issues? Start asking for some ideas and suddenly the behavior stops.
Swim class hurdles? Write about it and they disappear!

LOL! I swear every time I mention something… good or bad…it changes immediately. I know it’s going to happen, too. I’ll go to write a blog about something, and I know the minute I do, the issue that I was writing about will resolve itself.

Because, by the time I get around to the decision to write about it, it’s usually been a few weeks. And in that time, we’ve done a lot of things to help solve the problem. Whether it is simply time that helped, or some of the things we’d tried, the issue is typically moving on right after I write about it.

I wrote recently about Caroline having some struggles at swim class. She was refusing to try things, getting upset, and simply put- not trying her best (that is until playtime). We’d tried reward systems, discipline, ignoring, waiting it out, etc. All sorts of things, and no improvement.

Finally, her behavior mellowed. She started listening to instructions again, and doing well in class. she had two good classes. Ms Kimmie, her instructor, mentioned that if she had another good class we’d be moving her up to the Minnow level.

Well, it just so happened that the next week threw a big change at us. Sometimes big changes are EXACTLY what Caroline needs to snap out of a funk!

The pool at the Rio was closed due to renovation at the hotel. As a result, our classes were moved to another pool. We showed up for our 8 am class, only to find out that the water was not ready. We were finding this out right along with the instructors. Classes were going to have to be cancelled.

Ms. Kimmie had a great idea, however. Since Caroline was close to moving up to the next level, and she was all ready to go for swim class, she invited us to come to a trial class at another location. The trial class was just what Caroline needed!

We showed up for the Minnow class, and Caroline did AMAZING! So good, she earned her yellow cap right then and there! I also have to mention that this yellow cap is beautiful. Such an amazing color.

Caroline was doing her float so well, she wasn’t complaining about going underwater, and just in general she excelled. She was in a great mood, she was chatting, she was listening to all instructions perfectly- just as she used to do.

I’ve written about big changes being such a good thing for Caroline. She does exceptionally well when we make big changes, and it can be just the thing she needs to refocus her.

Not only did she do really great at the lesson, she came home with a renewed excitement about swimming. She’s practicing at home and wants to play “swim class” all the time. She puts her swim cap on, practices jumping in (from the couch), does her starfish on the floor, and even teaches her stuffed animals the moves.

In addition to the new focus and excitement in class and at home, she’s very motivated to move up levels again. It’s going to be awhile, as she has a lot to learn in this new class, but she’s very focused on getting her next level cap! She asks me at every lesson “What do I need to do to get a green cap?” I keep having to remind her that red is next LOL!

Um, can I just say that I am so excited to see Caroline complete these goals!? Caroline’s current class is not yet working on goals 3, 4 or 5. All of the children are still trying to master the 20 second independent float. I have a feeling, with Caroline’s new determination and focus, she’ll be seeing successes each week, though. She still gets a bit nervous when she feels Ms. Kimmie let go. Eventually she collapses her starfish once she realizes that she’s doing it on her own.

I love, love, LOVE how Ms. Kimmie interacts with them in this class. Now that Caroline has kids that are the same age as her in class again, it’s really fun to see the dynamics. Caroline and the girl in her class both love talking with Ms. Kimmie. They chat about what they had for lunch, and all sorts of things. They are so excited when it comes time to jump in, and they all just have so much fun. Swim class is back to being super enjoyable for Caroline, and I just love to see that.

If you live in Montgomery County or Frederick County, Maryland, and are interested in signing up with BSS, I am really excited to announce that you can receive 20% off your first 4 lessons when you call to enroll and use the code #MAMAS18. The information for our central Maryland British Swim Schools can all be found at this link. And not to worry if you live elsewhere, there are British Swim Schools ALL over the US!

Other Posts of Interest:

Gymnastics For Half of Caroline’s Life 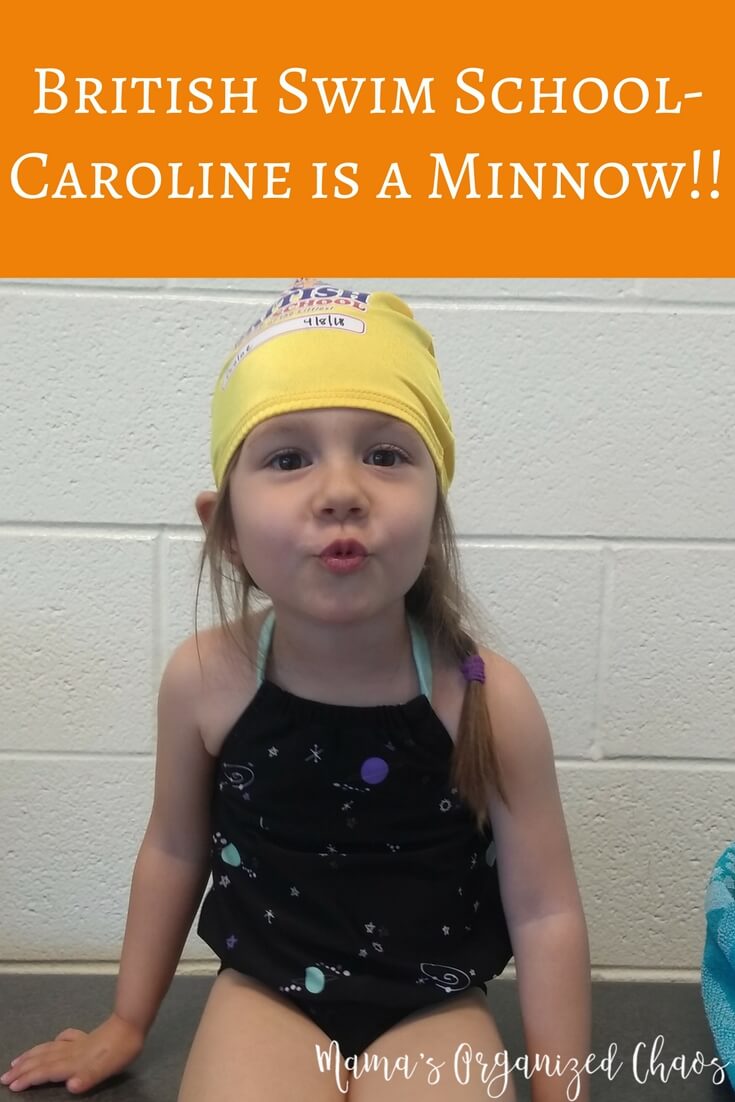