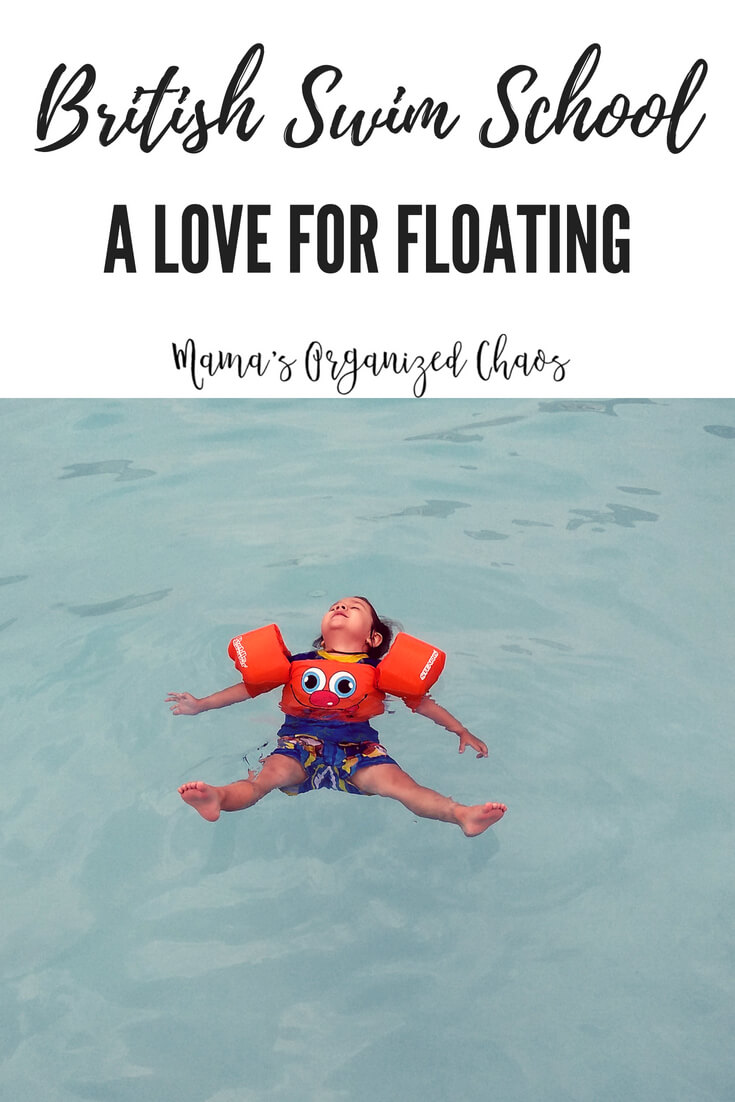 
As a parent, I really wish I could just test the waters… see what our daughter would actually do if she fell in the pool.

Would she actually flip over and float? Would she freak out? What would she do?

I wish I could test it and see, all while being safe, and yet giving her ample time to make the right choice and flip over to do her starfish.

Not happening, though! LOL

I will say, our daughter has a love of floating now, however. She also has a new found confidence in the water- which is good and bad at times. 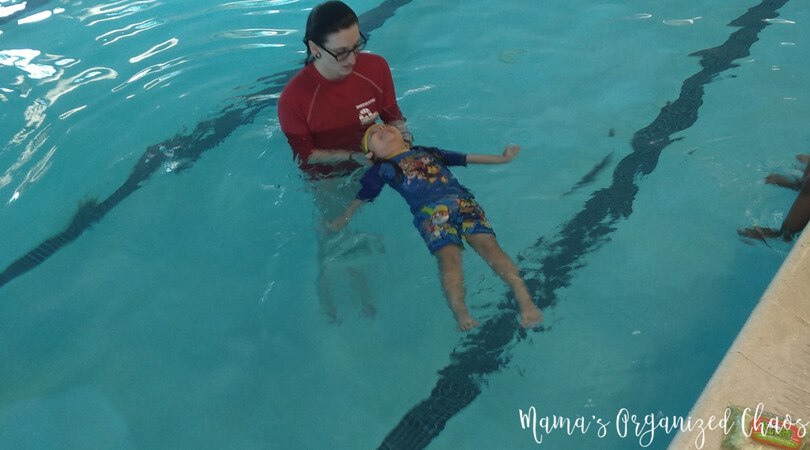 In class, Caroline is SO freaking close to floating on her own. Gosh I’ve been saying this for a year I feel like!

She’s there though. Ms. Kimmie puts all of two fingers on the back of her head. Two fingers! That’s it.

But the minute Caroline feels those fingers leave, her belly falls and she goes under because she gets nervous.

She hates going underwater, but she’ll do it.

She’s rotating to her float pretty well on her own.

She’s not yet jumping in by herself, and still wants to hold hands for security. 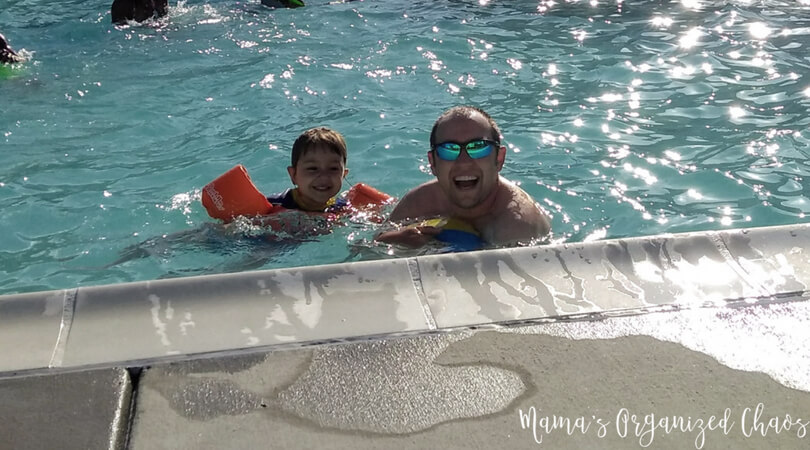 Caroline can see the pool from her room. So as she does her nap time, she always takes a peak outside to see if the pool is open yet.

She makes sure to inform me that it is, and requests to go daily.

Our rule, is that we have to do swim class first, then we play.

We do it all. She sits on the side, crosses and climbs in, we do her floats, we practice torpedo’s, going underwater, jumping in, and climbing out.

She does not do nearly as good of a job for me, as she does with Ms. Kimmie!

It’s noticeable, and I always try to get her to do her best, but usually fail. But at least we are getting practice in.

Then comes her favorite time: she gets time in her puddle jumper

When she was little, we purchased a life ring from British Swim School, because- well it’s the best thing ever.

She no longer fits in it, so she’s graduated to her puddle jumper

. She loves it because it gives her a ton of independence.

She even does her starfish in her puddle jumper

. That’s how much she enjoys floating. She’ll float for days! She does the perfect starfish, is nice and still, and just enjoys herself.

She swims all around the pool and has a great time playing. 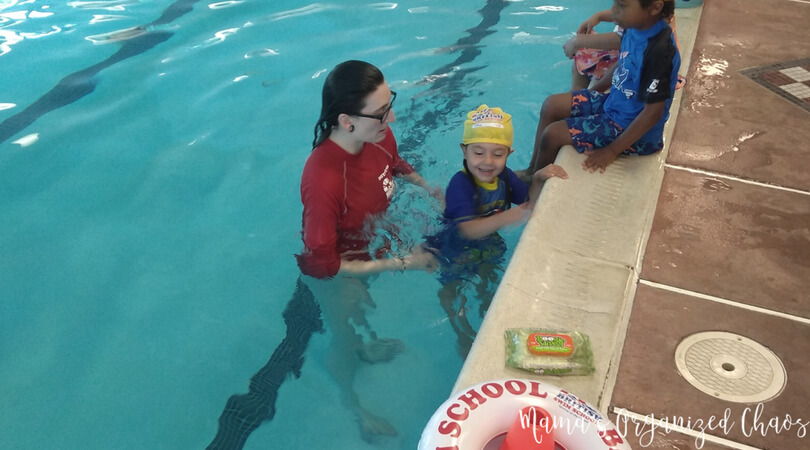 I have such mixed feelings about the puddle jumpers, and I know that British Swim School does not recommend them, even though most of us parents use them.

The puddle jumper gives her independence. It allows my arms to take a break from holding her!

It also allows me to not have to worry too much about her safety, as it really does work well to keep her afloat.

British Swim School recommends not using them because it keeps children in an upright position with their arms at the surface of the water- not an ideal swimming form to say the least.

Suddenly, Caroline thinks she can swim. “Mama look at me, I’m swimming!”

I cautiously settle her and remind her that she’s not. I don’t want her thinking she can swim and getting herself into an unsafe situation!

The good thing, however, is that she’s now SUPER motivated to learn how to swim.

I keep reminding her that as soon as she floats on her own for Ms. Kimmie, she’ll get to start learning how to swim.

So, we’ve now got some motivation and incentive to perhaps get her over her hurdles and to the next step.