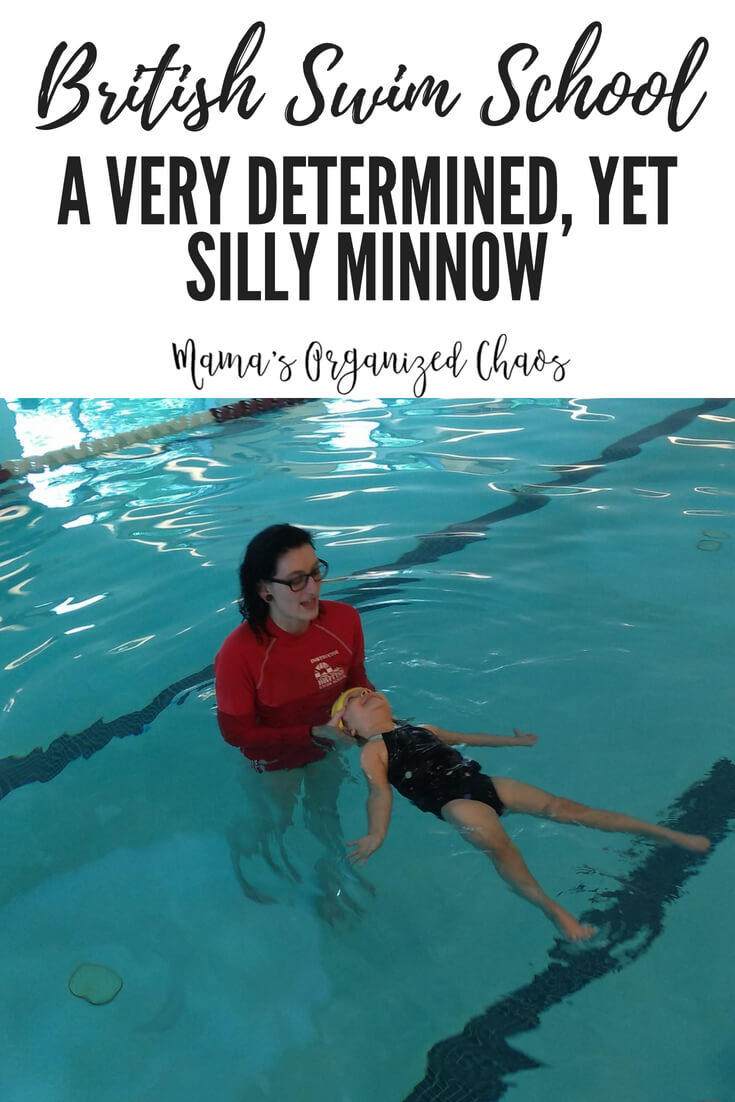 
**See below for an enrollment special!

When Caroline became a Minnow, a huge switch happened in her demeanor in class, and it was back to her usual self. From her first beginnings as a baby, up to her first Seahorse class, she was exactly how she now is in class- super focused.

Then she had a change in class, instructor, location, and time. Things got disrupted. Now she’s back to her usual old self in class again and it’s amazing to watch…

Caroline is not the child that waves to her parents in class. Nope. That is extremely rare. She is focused. She watches as other children take their turns.

She is in her little zone and I can just see how focused she is. It’s so fun to watch!

2. Determined to Float on Her Own

When we are getting her ready for class, she tells me a new number. The new number? It’s the number of seconds she’s going to float on her own for.

Last week she told me she was going to do 30 seconds! She has a goal in mind every class. She doesn’t yet reach it, but it’s a recipe for success.

A determined mind is eventually a successful one!

3. Determined to Get to the Next Level

We get to class early. Partially because we now live up in Frederick, and you just never know exactly how long it will take to get there.

We also arrive early, specifically to watch the other classes. Caroline loves it. She asks about the different swim cap colors, and wants to know which level is after hers.

She asks about all of the new skills she’ll get to learn at the next levels. She really enjoys focusing on what’s next!

In her new Minnow class, Caroline is super talkative and engaged with everyone- her peers and her instructor (Ms. Kimmie). They chat about what they had for lunch with Ms. Kimmie, and they tell her about their week.

She laughs with another little girl and they clap for each other. Caroline started singing, “You can do it, you can do it” last week.

I just love that I can see how much fun she’s having with the people around her.

Caroline isn’t advancing quickly to the next step, but she’s having fun. Part of me wants her to do her best and just float already. But the other part of me just smiles.

Every time she does her float right now, she laughs and starts saying that the water is tickling her. It distracts her and, at the end of the lesson, she’s still not done her float for very long. But, she’s had fun.

She laughs, she giggles, and she’s so silly. Part of achieving each new level is when you just let your guard down and have fun.

When you enjoy what you’re doing, success will come.

She’ll float. One day that light bulb will kick in.

In the meantime, this mama is pretty thrilled that she’s enjoying herself so much.

I am also so excited for pool season to begin. This means that we get to have swim class every day! I can’t wait to get in the water with her- to have fun, and to practice.


As a parent, I learn a lot at swim class as well: 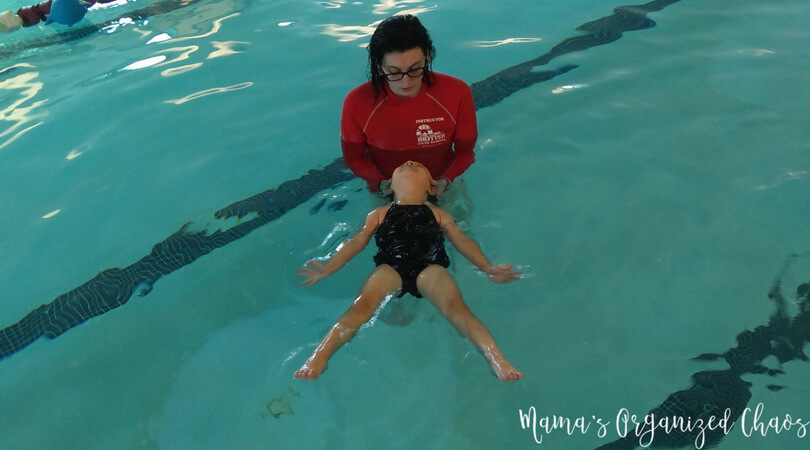 I take a mental note of all of the things she’s learning in class. A 6 year old entered her Minnow class two weeks ago. He was great at floating.

This past week, he got to learn “Monkey Banana” (I think that’s what I heard it called). He swam for the first time!

While floating, he moved his arms and propelled himself in the water.

I was thrilled to see the next step that Caroline and her classmates will eventually get to.

He’s graduated, of course, and on to the next level. It was so fun to watch!

I plan to work with Caroline this summer, now that we’ll have access to a pool again. I can’t wait to work with her.

2. How to Teach those Skills

I love watching how they teach the same skills in a variety of ways, and how they engage with the children.

I feel like I can take to the water with Caroline this summer, and have some practice lessons that are actually half decent! I feel ready to take on the challenge so we can have several lessons a week!

3. Observation of Caroline’s Strengths and Weaknesses in Class

I am glad to help work on her skills this summer and eager to do so. I think she’ll respond really well to having me in the pool again.

Part of what is so motivating to Caroline, is the next level. I will get the opportunity to show her some things outside of class.

Nothing too crazy, but enough that she gets sort of a focused sneak peak of what’s to come. I think she’ll have so much fun with this.

Since I’ve gotten to observe the next level so much during her class, I also know what the expectations will be to come.

I’ve really enjoyed getting to watch so much from the pool deck as a parent.

I’ve gained valuable insight, and I think I’m armed and ready to take on some instructor qualities this summer with Caroline.