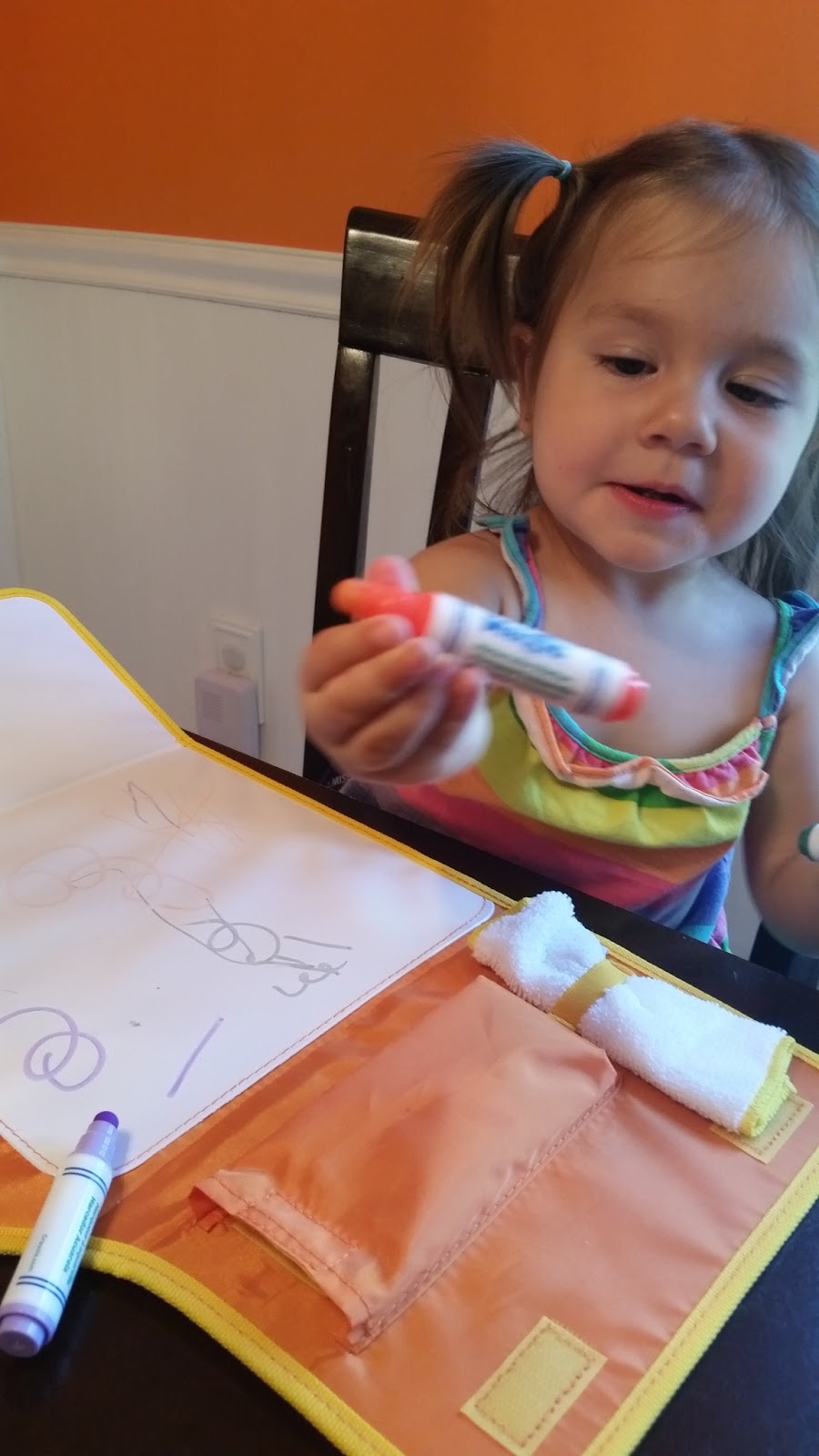 Caroline is not a fan of drawing. Usually her first instinct is to take the crayon, marker, pen etc and chew on it. She draws for all of 30 seconds and then moves on. She has been enjoying the times that I get the paint out, however, so I wanted to make sure I keep offering opportunities to draw as well. Just because she doesn’t like it now, doesn’t mean she won’t LOVE it tomorrow! Just like with food… one day she can’t get enough raspberries… the next she won’t eat it because of the little hairs on the berries. #todddlerlife!

Yesterday I got out Caroline’s magic marker set. She had SO MUCH FUN! I couldn’t believe it. She drew and drew for what seemed like forever. And she only put the markers in her mouth a couple of times. YAY!

I was so excited, I decided to get out her wipe clean books as well. She has a beginning pen control book and an alphabet book. They both have vivid, beautiful pictures in them. Since she loves her alphabet so much right now, I decided to focus on the alphabet book. She had such a great time naming the objects on each page, and was really excited to see letters! She drew and drew! I am so glad that she finally took to this activity. This will really start to be fun now that she is learning her alphabet so well!