Many of you probably saw the oatmeal cup recipe that I shared on my Facebook page last week. We tried the recipe as is for the first time just to get a feel for it. The oatmeal cups were really good, so they were gone pretty quick! We ate them for breakfast, and I’d have one (or two) as a snack before bed! LOL! We eat dinner so early in this house so that Caroline can get to bed early (see all of her schedules here), that I’m often hungry when 8/9pm rolls around!

So, when I went to make this for a second time, I made a few adjustments to the recipe, and also decided to double it! 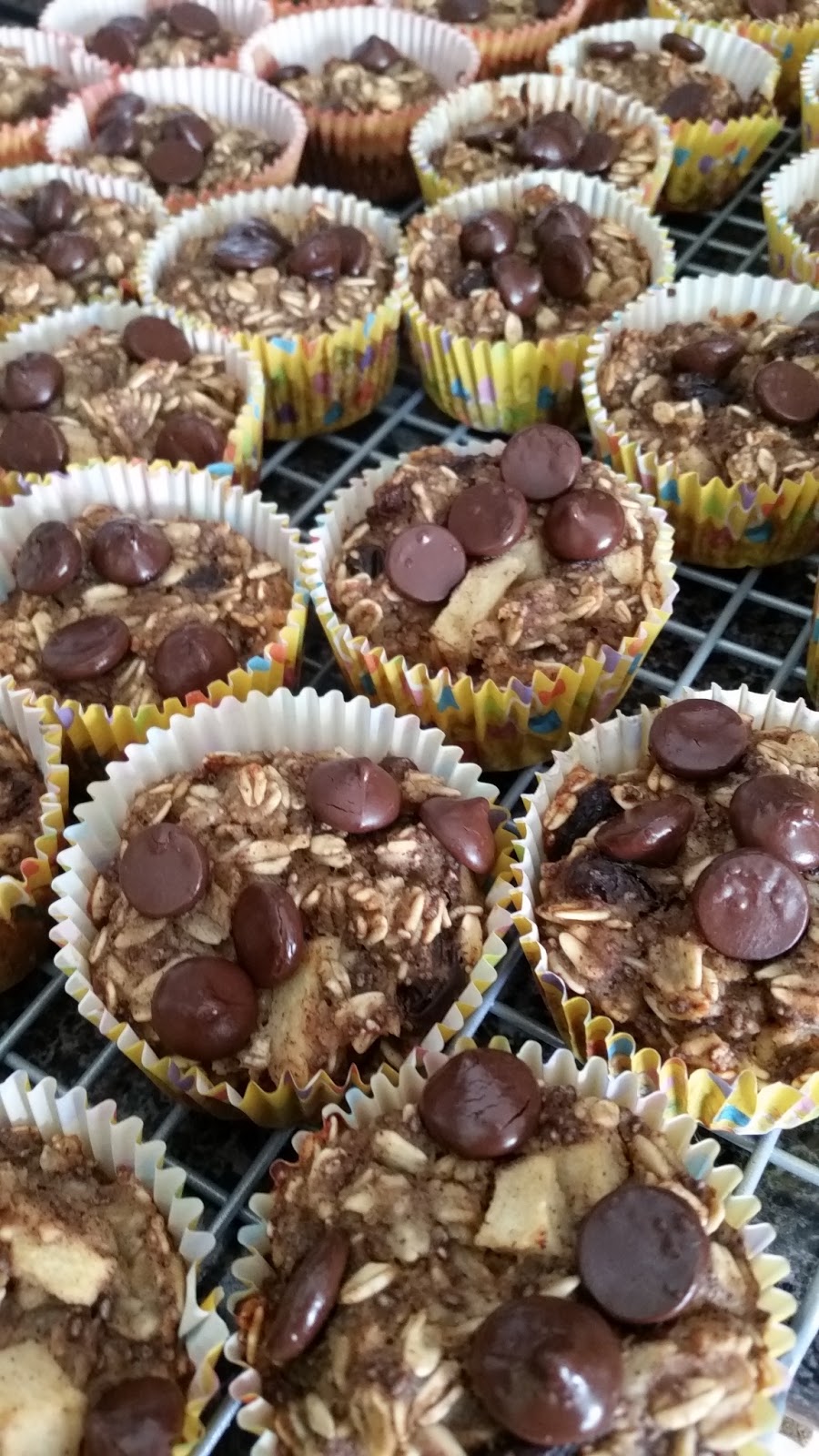 First of all, I found that my grocery story has rolled oats in the bulk food section (where you bag your own). The rolled oats were a quarter of the price that I spent on prepackaged rolled oats! So, that was a huge win and we stocked up. I also found chia seeds to add to the recipe since they have a TON of nutritional value and lots of protein!

The toppings that we used the first time around were great and held up well through cooking, freezing, and thawing. We originally tried raspberries, blueberries, dark chocolate morsels, and raisins.

The chocolate was, of course, amazing on the top, as was all of the fruit. The raisins seemed to just blend in nicely with the recipe. So much so, that when I made the recipe the second time, I added a cup of raisins right into the mix (instead of saving them for a topping). I also added 1 chopped apple to the doubled recipe. We added 1/4 cup chia seeds to the recipe as well.

The second recipe is to die for! We love it. I topped them all with chocolate since we already had some on hand, plus you get apple chunks and raisins in every bite.

The great thing about this recipe is that you can put anything into these cups! You could do any fruit topping, or any fruit mixed in. The chia seeds aren’t even noticeable, yet pack a huge nutritional punch. You could also do chai seeds, flax seeds, etc.

When Caroline is a little older I’ll have her help and she can make her own by picking out her toppings and putting them on.  The recipe is super versatile and it really does turn out great even after freezing and thawing.

These can be eaten cold, but I have to say I prefer them warmed up for about 15 seconds in the microwave. Either way, they are a fantastic on the go breakfast, and would even be great packed in a school lunch!