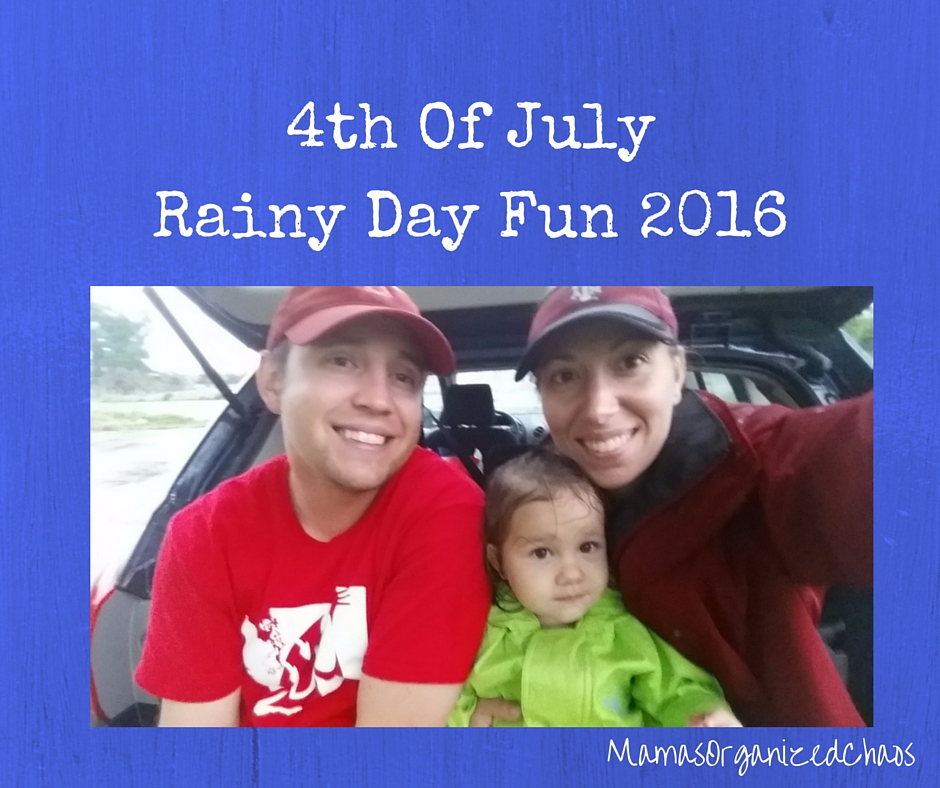 My oh my did it rain on the 4th of July! We were so happy that it rained, initially. It meant that Daddy got to come home from work and join us early in the day! But then the rain continued…. LOL.

Well, rain or shine, we were going to make the best of our day! The 4th of July festival that we were going to was advertised as rain or shine on all daytime activities. The fireworks show had the potential to be postponed due to inclement weather, but they’d make a call on that later in the day. So, we planned on heading out there for some daytime fun at least!

Caroline decided to have a 2 am wake up the night before. It worked out great, however, because she was tired enough from that to sleep in until 8
am on the 4th. This was going to help her take a later nap, so she would be happy during the days festivities. Except…
she was one cranky girl! I ended up trying to put her down for her nap on time instead. Usually a cranky toddler means a tired toddler. Well, that didn’t work. We got her up and tried again in about 45 minutes. Nope. She wasn’t having it. But guess what?!? She let me rock her to sleep! WHAT!?!?!?  My sleep trained baby let Mama hold her and sing to her. She fell asleep right in my arms. Then took an extra long nap. I’m blaming molars for the crankiness and the refusal to sleep, but who knows what else is going on with her! I enjoyed my snuggles that’s for sure.

Caroline napped, and we got everything ready to go. I had made banana muffins that day, egg salad, and chocolate chip cookies. We also had some cheese spread, cherries, chips and bean dip on the menu for our picnic.

We were on the road at 5 pm and ready to go enjoy some music, and all of the fabulous kid activities this place had planned. I decided to take a look at the event one last time on Facebook as we drove up there. So glad I did. They just decided that “rain or shine” apparently didn’t apply after all and had cancelled the activities! UGH! We now had our toddler in the car, and the entire car packed up at 5 pm for what we thought was going to be a fun day out. Now we didn’t know what to do! 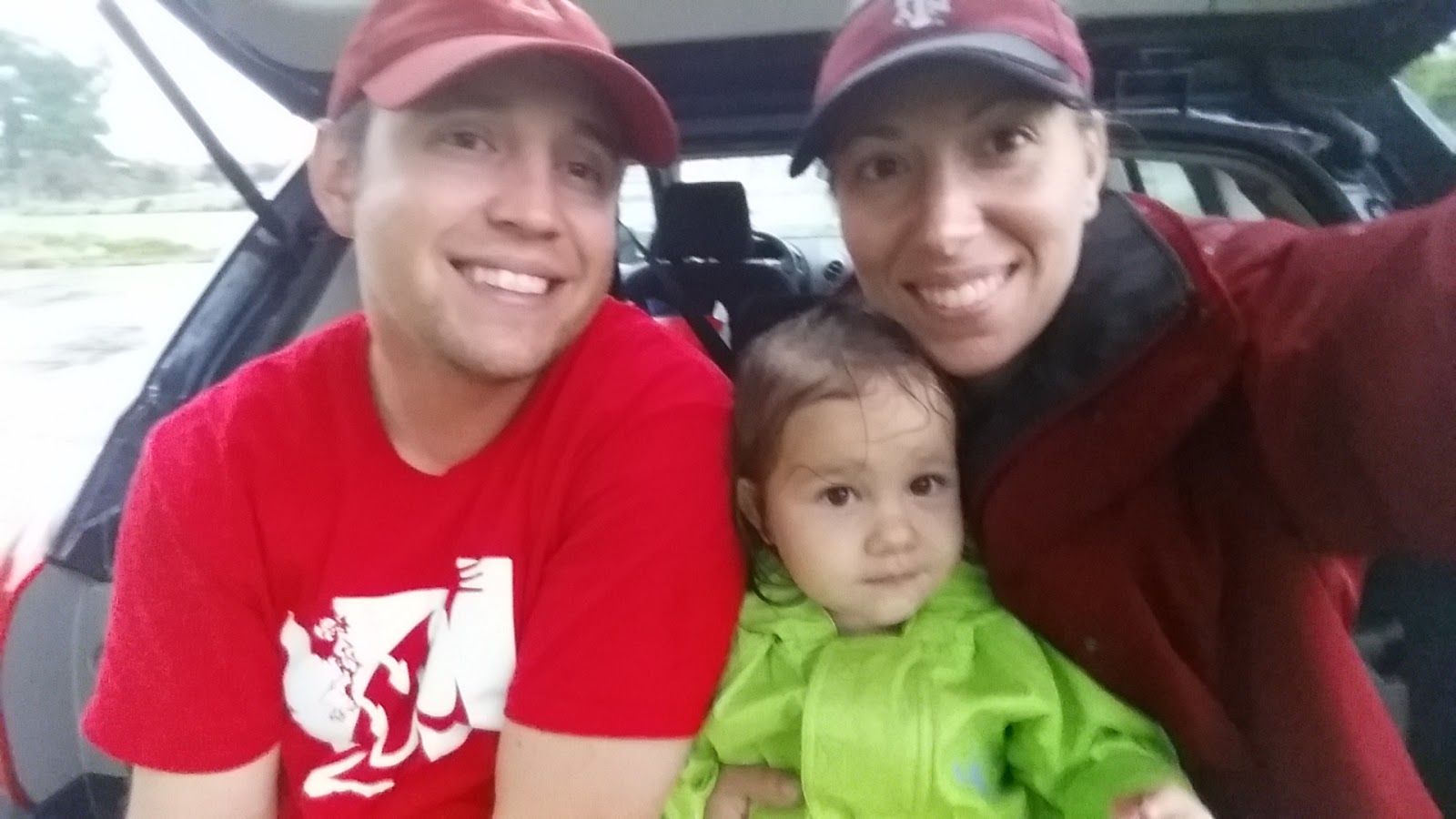 The fireworks in our hometown were the only ones in the area that were still on. They weren’t happening until 9 pm though. Oh well! We decided to head there and picnic in the meantime. That’s right, we camped out and had a car picnic right there in the rain. Caroline played and ran around, not minding the rain at all. We also checked out a pretty awesome playground while we were in the area. 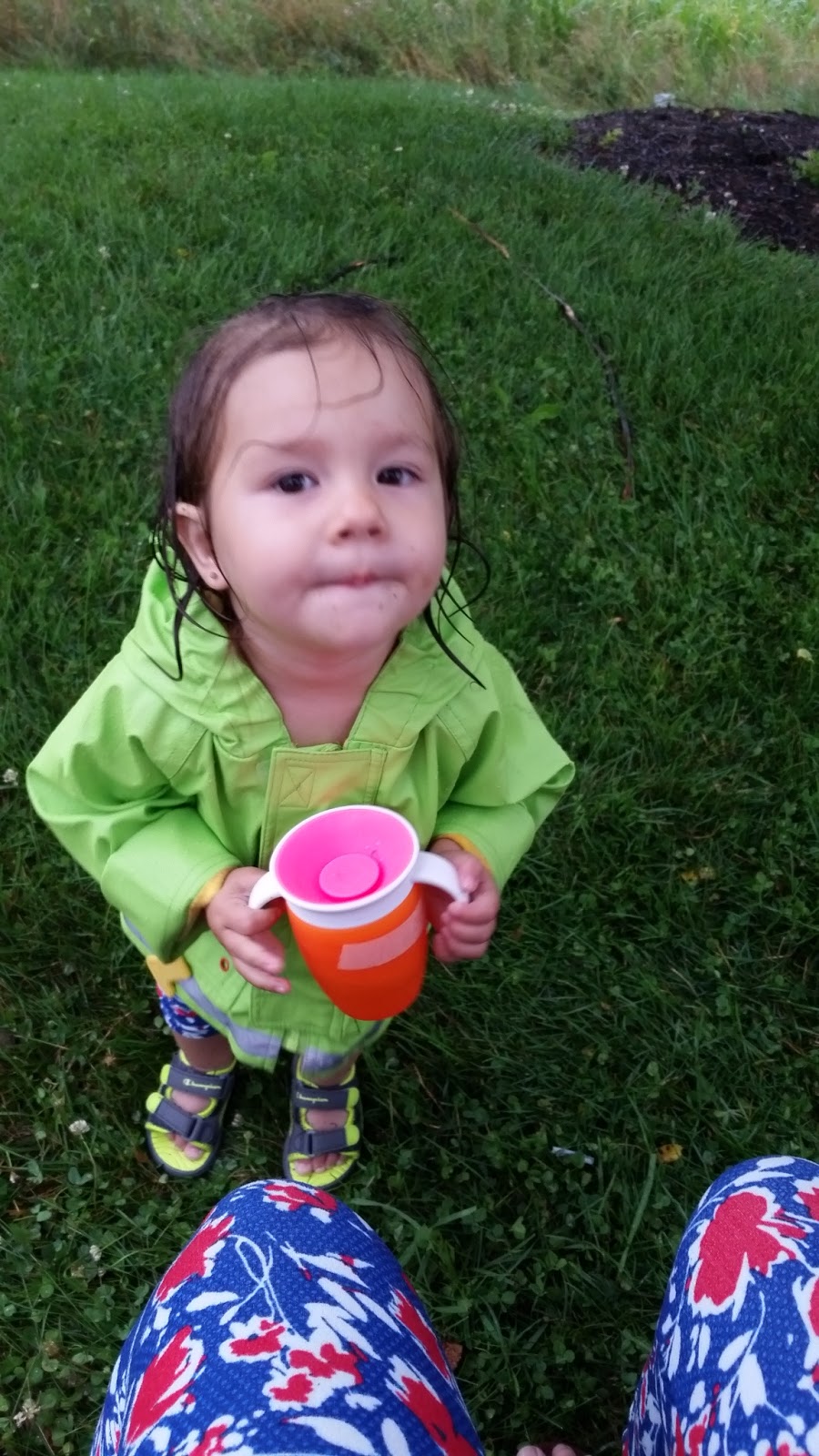 4 hours later, lots of snacking and playing had been done. People finally started showing up for the fireworks. We grabbed a spot closer in and got out the glow sticks to play with. Caroline had a blast putting her glow necklaces on and off. So much so, she wasn’t really interested in the fireworks! She looked every once in awhile, and pointed a few times, but all in all she was more interested in the glow sticks! I could occasionally get her attention towards the fireworks if I’d mention to look for a certain color. Even still, we all had a great time.

Caroline got to bed after 10 pm, but was fairly happy to do so. My tired girl slept until 8 am again the next morning, when I woke her up (not sure how long she’d have slept) so we could attempt to get back on a normal schedule.

I am so glad we got to enjoy our crazy rainy day picnic with our family. Caroline had a great time in the rain, and Mama and Daddy were super happy to be enjoying a family fun day together. We’ll definitely remember this day for a long time to come! 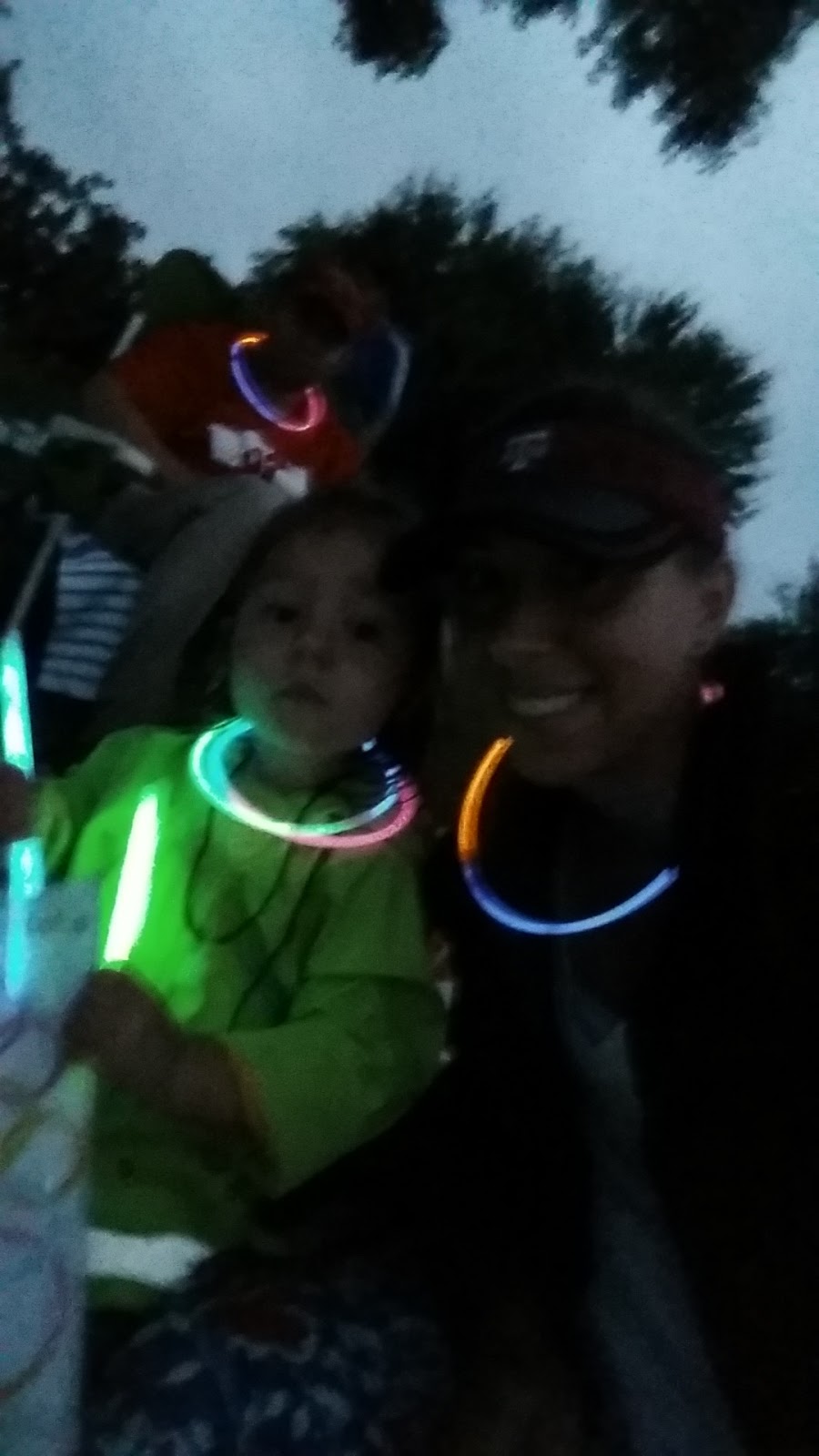 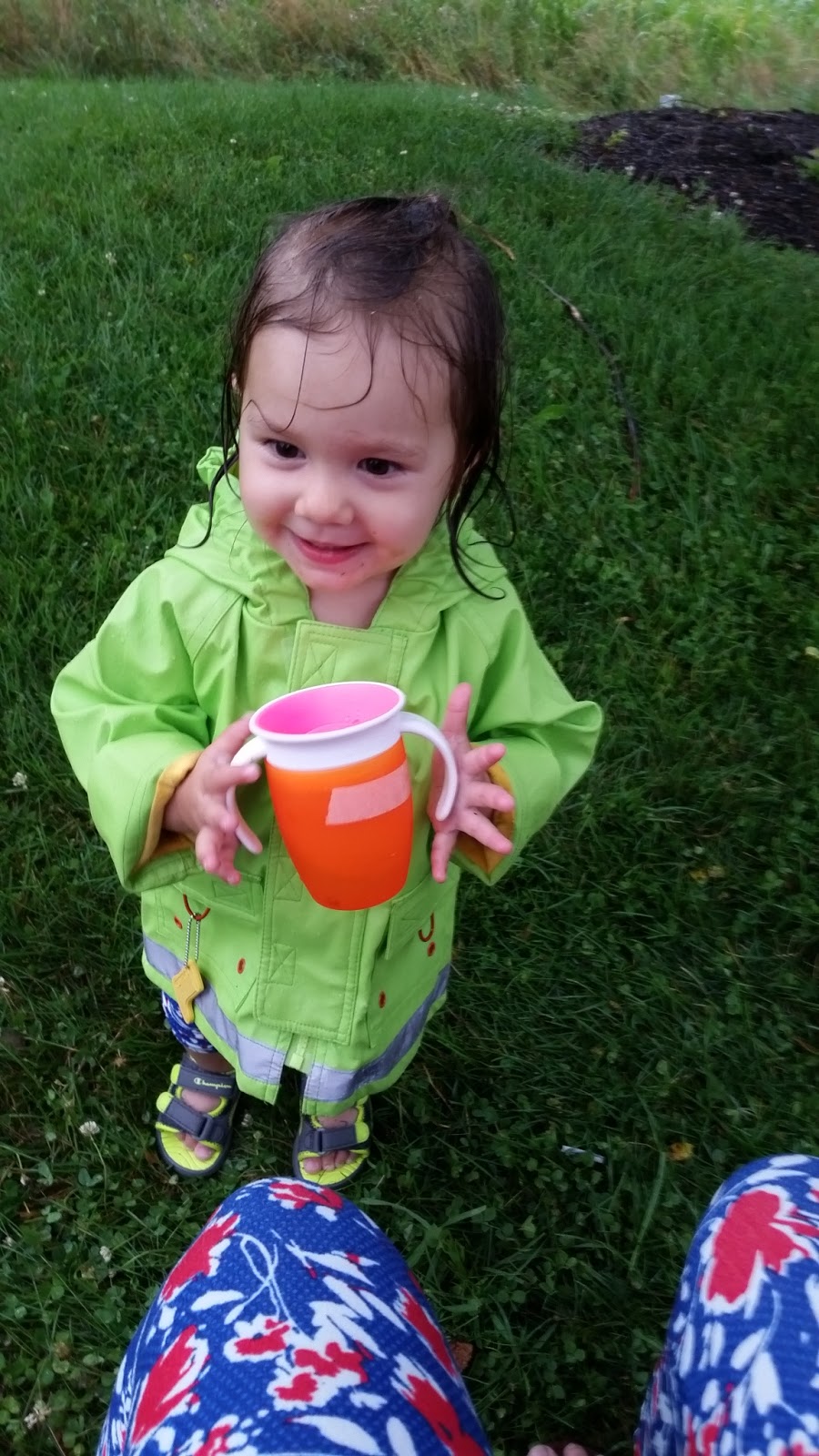 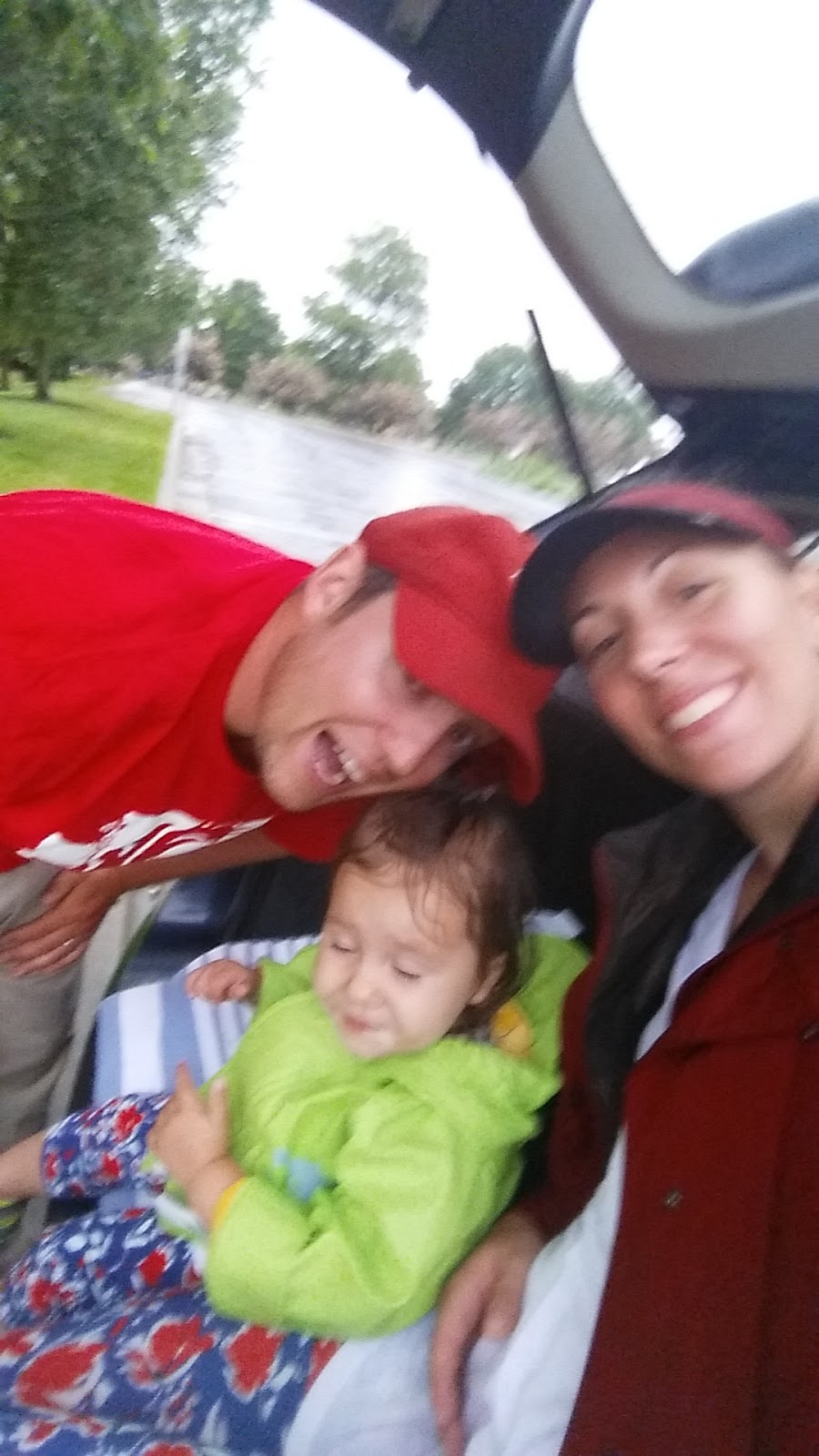