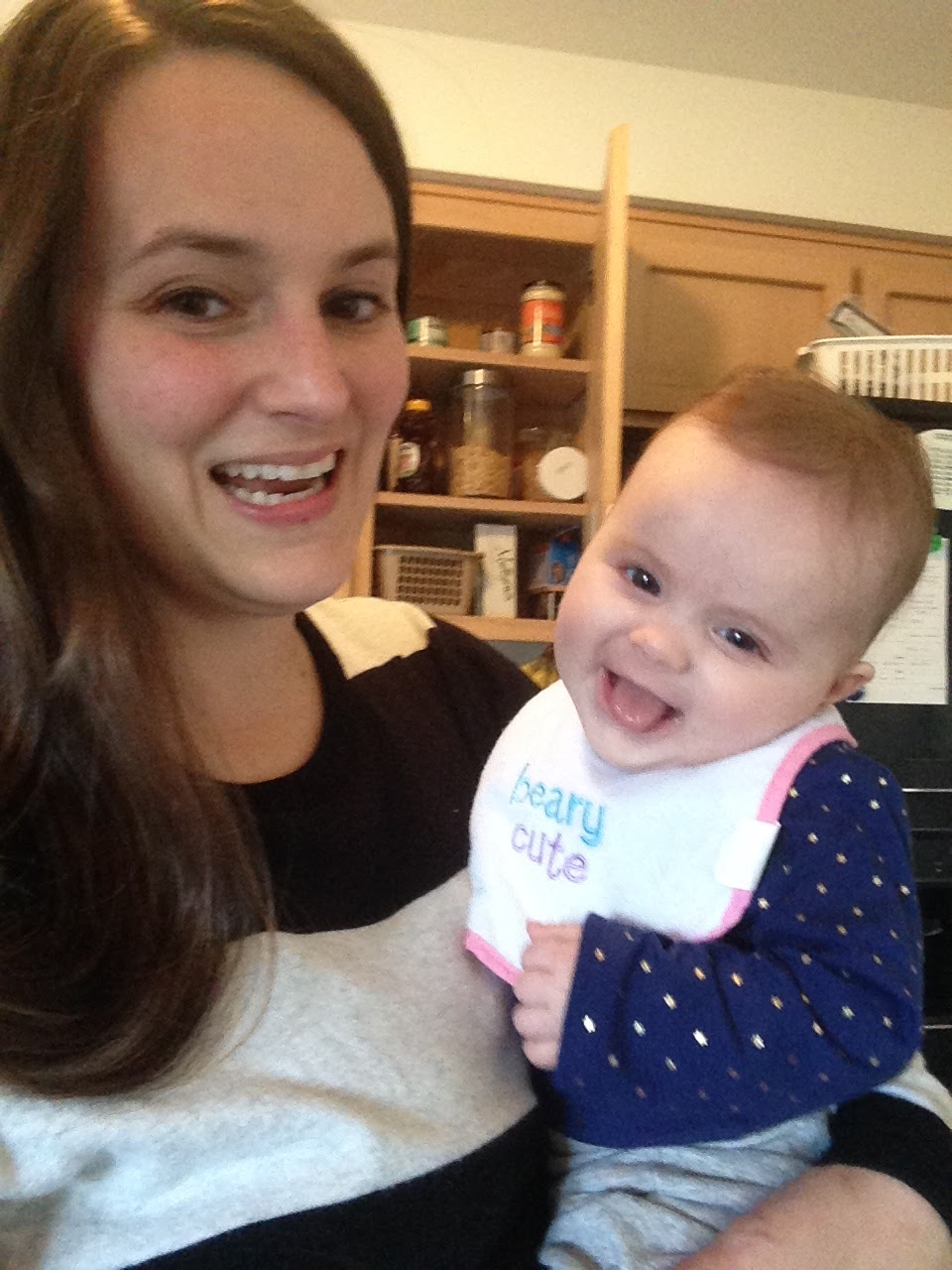 Stephanie talks about her “induction” into the breastfeeding and scheduling world of babies. As many of us do, she had a hard time with breastfeeding at first (due to the variety of reasons discussed below). She pulled through and saw great success!

My husband and I met and married rather quickly (within 9 months) and I was pregnant before our first wedding anniversary. When I first met my husband, I also got introduced to many of his friends. Most of them were married, and several of them had kids. All of the women had breastfed their babies, were currently breastfeeding, or were pregnant and planning on breastfeeding. That was my first introduction into the world of breastfeeding and as a result I just assumed breastfeeding is what you do when you have a baby. I would come to find out that breastfeeding was also important to me because we needed the help of fertility drugs to get pregnant and then my son was breach and required a c-section birth; so much of his conception and birth was medicated that I was looking forward to the natural aspect of breastfeeding. Coincidentally many of the women I mentioned previously not only breastfed their babies, but they are were Babywise families. So having babies and kids on schedules was all I knew! ​

When my son was born, I had already read up on Babywise and was ready to get going. In the very first days my goal was for him to get full feedings at our nursing sessions, and then take full naps that weren’t interrupted by unnecessary disruptions. Within 24 hours he was on a 3-hour feeding schedule by his own doing, and the rest was history in terms of his schedule.

As for breastfeeding – what an experience! We had taken a breastfeeding class before he was born and I would say that when the time came to nurse him for the first time I remembered close to nothing from the class. Praise the Lord for all the lactation consultants out there! Without their help we would have been doomed. When my son was born I was suffering from severe pregnancy carpel tunnel and I could not use my hands to hold him to my breast. My milk took days to come in because of the c-section. My son had a shallow latch. The odds were so stacked against us! But we persevered. The LC taught my husband how to latch my son to me without me needing to do anything. That worked for the first two weeks, and then I was eventually able to get surgery on both my wrists to relieve the carpel tunnel. We used formula until my milk came in, and I used a nipple shield the entire time my son was nursing to help with his shallow latch.

Given the uphill battle we had with breastfeeding, I very much credit much of our success to him being on a schedule. He took nice long feedings so I knew that if he was crying in between feedings it wasn’t from hunger. My supply was able to regulate because his eating was predictable (outside of growth spurts). Knowing I had 2-2.5 hours in between feedings during the first weeks home really helped me recover from my c-section and then double wrist surgeries. After only a few weeks of him being on a schedule, he started sleeping longer at night and increasing his feeding time during the day to compensate for ounces he wasn’t taking at night.

My goal with both my babies has been to breastfeed to 6 months, and I’ve met that goal with both of them. I never really cared for breastfeeding all that much with my son, probably because of the wrist surgeries and how uncomfortable I always was during that ordeal. With my daughter, I’ve loved every minute of breastfeeding. She was a VBAC birth and has been a great nurser from the start. I also focused on full feedings with her from the first nursing session and she naturally put herself on a 3-hour schedule within 24 hours of being born. Because both my kids are on schedules, it’s been easy to breastfeed a newborn while having a toddler. As my daughter’s needs change, the schedules change, but all in all it’s been very predictable and enjoyable for everyone.