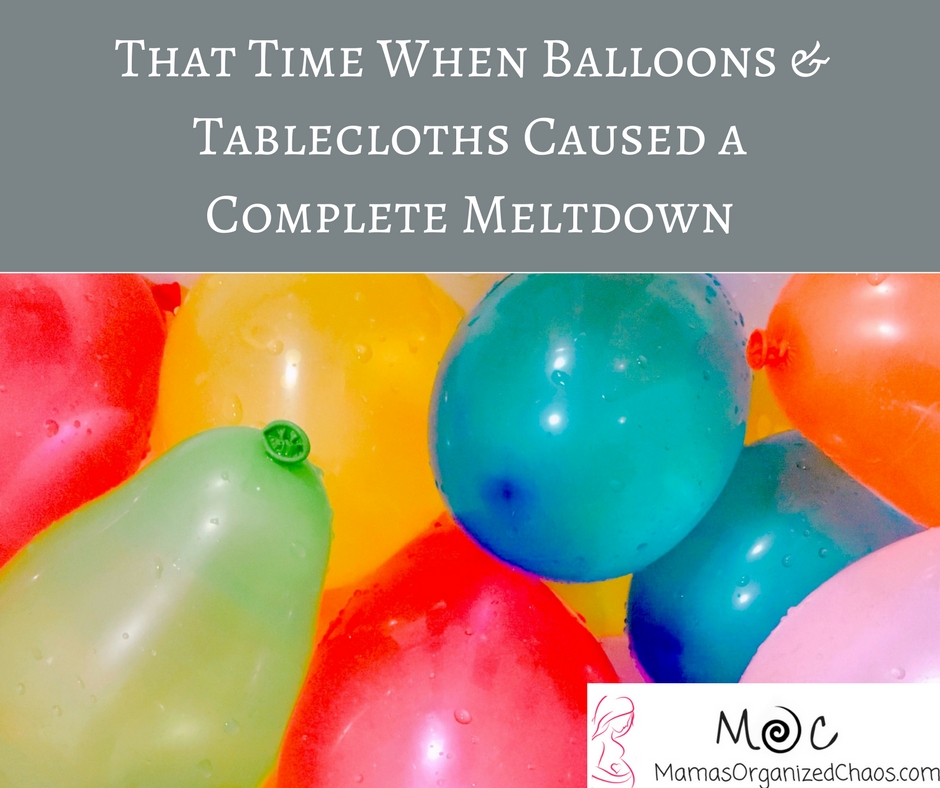 Today we went to a birthday party. We were the first ones to arrive, and as a result we were helping to set everything up. We carried balloons in to the tented area, and then had tablecloths to help tape down, since the wind was up. Little did I know, this was going to spell DISASTER for my child.

Caroline carried the balloons in herself. She was happy to do so and loving the little minions that were on the balloons. All was good until we set them down. Then the disaster started. The balloons were moving because of the wind, and my daughter was FREAKING out. She was terrified of the balloons, and she was scared that the balloons were going to touch something (the ground, the table, the presents, etc.)- she did not want that to happen. No amount of distractions or explanations were working. I tried explaining about the wind. I tried explaining that it wouldn’t hurt her. I empathized and told her I understood that the sudden movements could be scary. I hugged her and held her. I tried moving the balloons far away from her. I tried distracting her. I tried ignoring her. Nothing worked. My daughter was terrified. She was screaming and crying and having a meltdown.

Luckily, the mom hosting the birthday party was understanding and ended up taking the balloons back to the car. I felt sooo horrible that she had to do that for us, and also so thankful. I knew she understood and that I’d do the same for her daughter, but it was still hard to let it happen. Caroline thanked her and I assumed we’d be good to go at that point. Wrong.

As we were putting the tablecloths on, Caroline was helping tape them down. Caroline wanted EVERY inch of the table cloth taped down so that it wouldn’t blow. There was no way to be successful at this, nor did we have enough tape. As the corners were blowing in the wind, Caroline started her meltdown- again.

The screams and cries were nonstop and it felt like they lasted forever. Again I tried explanations, hugs, distractions, empathy and ignoring. Nothing worked. It was horrible. I felt so bad for my daughter, and I also felt so frustrated that it was causing such a scene. No one there could enjoy themselves (although luckily not many people had arrived yet). We got done helping and Caroline took it one step too far. In all her rage, she decided to try and rip a tablecloth off of the table. It broke off in her hand. At that point I was upset because she was ruining the decorations. I took her away from the party and tried yet again to talk with her, but to start with I explained my disappointment in her actions just then.

At this point I was thinking we were just going to have to leave. If she couldn’t be calmed down, it was going to ruin the entire party, and I wasn’t about to let that happen. Luckily, at this point, the water park opened and the fountains turned on. We could go play.

We did just that. I was hoping that the play would distract her and she’d be able to move on from her fears and stop being so focused on it. It worked. We played and played. Then came time for lunch and we had to head back to the tent. This time, I was the one that was terrified. All of the party guests were there now, and I was not going to let her cause a scene. As we walked back to the tent, I told her one thing. “Caroline, the tablecloths are going to be there. I need you to be brave. It’s polite to be brave.”. She said, “Ok, Mama”. And she was. We sat and ate lunch without a hitch. We sang happy birthday and enjoyed every minute.

Thank goodness she was able to move on, and thank goodness all the mamas were so understanding. We’ve all been there, but boy is it so hard in the moment. 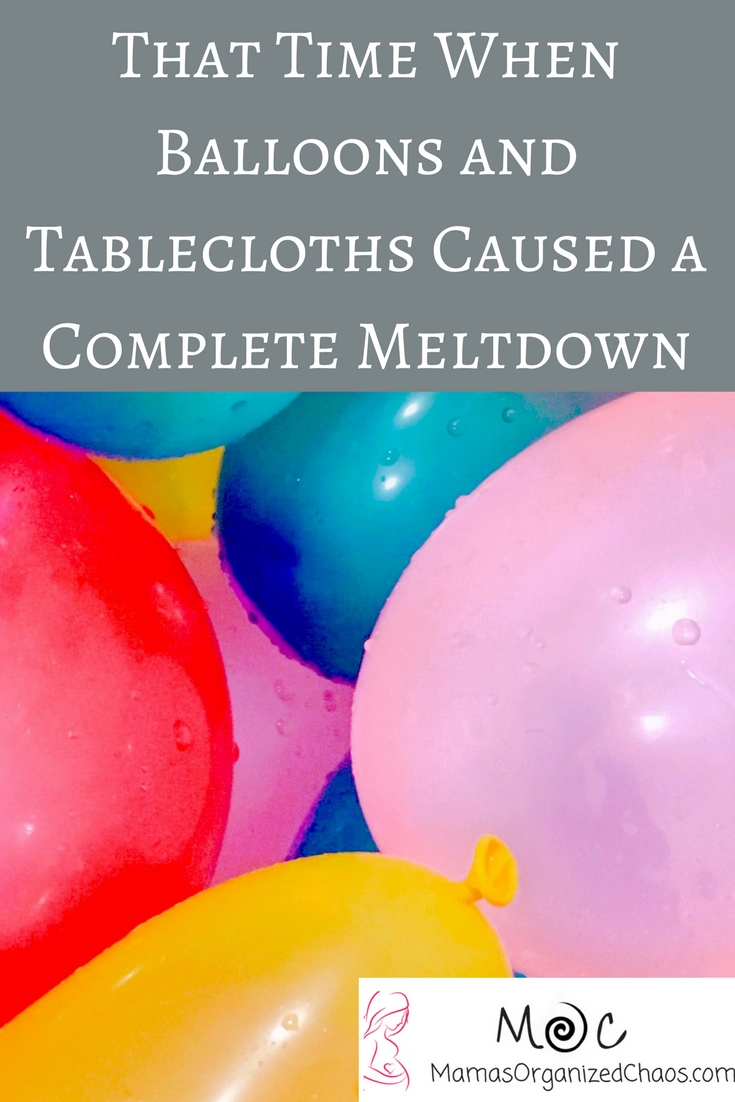