If you would have asked me this morning if there is such a thing as a 2 year old that is a bully, I would have replied “no, way”. I would have said that a 2 year old is still learning, so he/she might make mistakes, not want to share, push, etc., but that it would just be a kid being a kid and testing boundaries (and still learning). Today I met a a 2 year old that was well on her way to becoming a bully, however. And I am so disappointed to see it at such a young age. And more so I am appalled at the lack of parenting that happened in my presence today.

Caroline and I were at the mall. When I had successfully found a pair of slacks for my husbands business conference next week, we headed down to the play area. I noticed that the mixture of kids was slightly older than what we normally see there. Caroline is walking and even running now, so I figured she could hold her own, and decided that if she was in the way, we could leave…but that we’d try it out.

Caroline immediately went over to where all of the kids were hanging out. She observed, and then she tried to do what they were doing. I stood with her and made sure that she stayed out of the way. The big kids were climbing up a slide and then sliding down. She stood to the side watching and when it was free, she tried to climb up as the other kids had done. A little girl (no older than 2) came running back over and climbed to the top ahead of Caroline. She looked down at Caroline and yelled “MOOOOVE BABY!”. Caroline had no idea what this little girl even meant, so I didn’t say anything other than “she can play too, you can still slide down”. Caroline was plenty out of the way for this girl to still slide down and have fun.

At that point, I still thought she was just a young girl being a kid. No big deal. The remark was more dramatic than necessary, but again…she was not much older than 2 and I wasn’t concerned.

Caroline continued to watch and try things that the older kids were doing. She stayed out of the way on her own as she was hesitant to begin with. She then decided she would run around and climb on some things that were more her size. The other little girl seemed to be following her and taking over the toy that Caroline wanted to play on. Caroline didn’t mind. She tried to play with the little girl, and when that didn’t seem to be working, Caroline just moved on. So again… I didn’t think anything of it.

Then Caroline went over to the side of the play area where there are pictures on squares that flip around and around. She was playing with them and asking me to name the objects in the pictures. We were having a great time. Then the little girl showed up and joined us. She seemed to be playing just fine, and Caroline seemed glad that she joined us. Unfortunately, just as I was thinking that, she started squeezing Caroline’s hands in between the blocks. I had to ask her to “be careful please”, and had to hold the squares and get Caroline’s hands out. I said to the girl “that hurts her, please don’t do that”. She kept trying to do it, so my next statement was simply a firm “No”. She left. No parent bothered to come over. I had no idea who her parents even were at this point.

When the little girl left, she moved about 2 feet over to where another little boy was playing. He was a little younger than Caroline and had to hold on to keep his balance standing. She immediately pushed him. Luckily, his mom was right there with him and she said “no pushing”. The girl left.

Caroline was then running around and having fun. Un-phased, of course! She ran right passed the little girl at one point- except she didn’t make it passed. The little girl shoved her so hard that Caroline fell right onto her butt in mid run. I ran over and made sure Caroline was ok. Caroline was just confused but not hurt. The girl had run off, so I didn’t get to say anything to her. I looked at every single parent. Two ladies just smiled at me. They were sitting about a foot away and I knew they saw the whole thing. They continued to smile even when they saw my frustrated and quite possibly pissed off face. The rest of the parents weren’t even looking at the children- they were on their phones and on break from parenting apparently.

At that point we just decided to leave. I decided it probably wasn’t worth walking up to each individual parent that wasn’t even paying attention. As we were getting our shoes back on, the little girls dad picked her up and decided to leave as well. I was busy getting Caroline ready to go, and just shook my head at him when he looked at me. I didn’t bother to say anything, although I am wishing I would have. Not that I know what to say. I don’t even have words. He’s the disappointment, not his daughter.

My stomach sank today when I realized how mean kids can be and how early it apparently can start. I know to expect to run into this at a later age, I just wasn’t expecting now. I was a little caught off guard. And, as usual, disappointed in myself for not saying something. I usually walk away from a situation like that and know just what I wish I would have said. This time I literally don’t even know. I’m just so disappointed. I’m disappointed in the parents that sit on the sidelines allowing children to learn this behavior. It is unacceptable.

I am also so proud of my little girl. She is kind. She is thoughtful and shares with others. She waves to say hi to other kids and adults. She gives hugs and kisses. She is already a wonderful person. And I am so very glad to be her mama. I know that she is going to have her kid moments, where she pushes and shoves, and refuses to share, etc. She will apologize, however, if she is out of line. And I know that, while those moments will happen, they will be rare. She has already learned to be kind and will continue to do so. 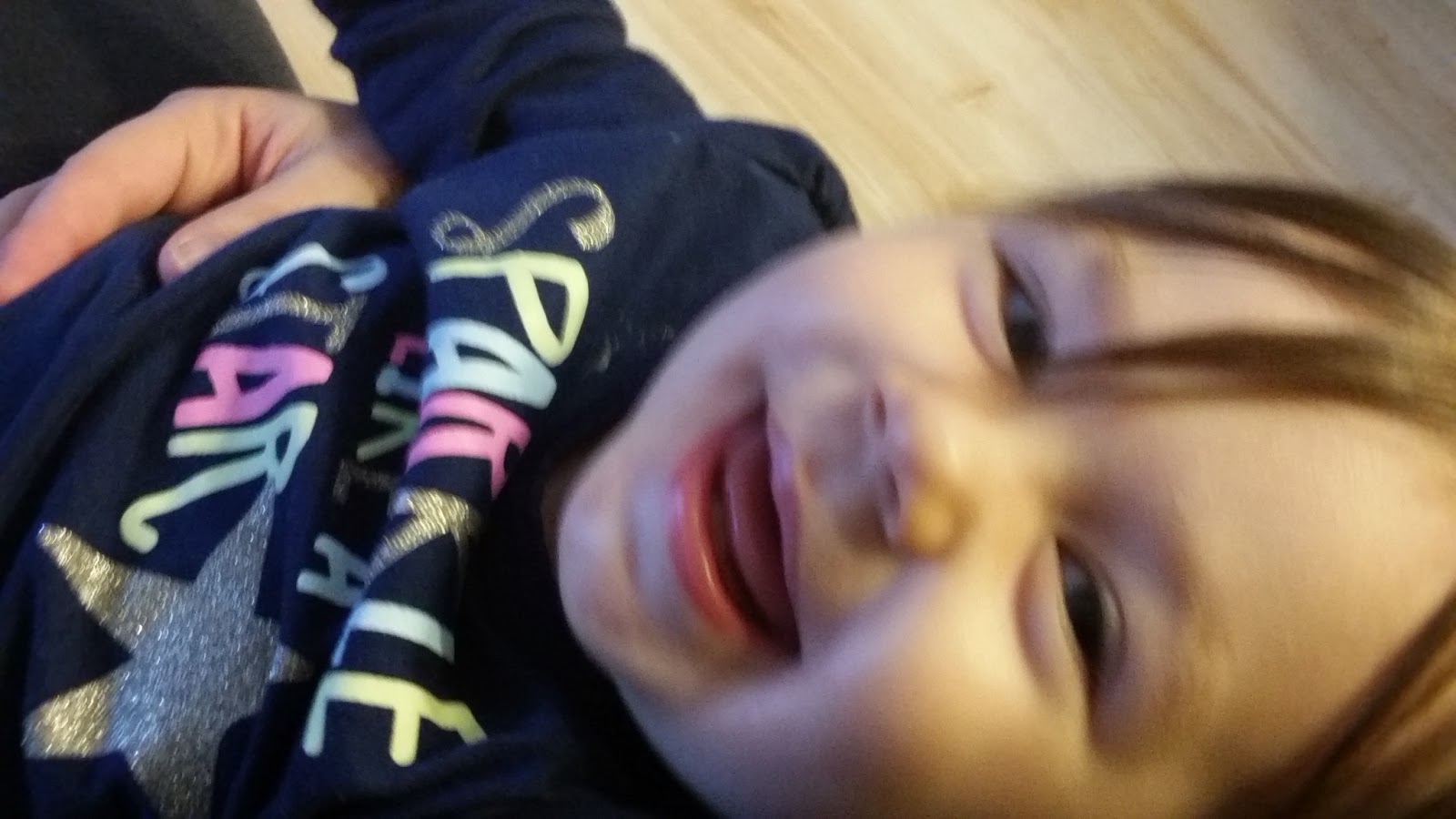