Well it happened- Caroline turned 4. She’s growing up faster than I can even fathom.

Caroline is a compassionate, thoughtful young girl. She’s helpful and she loves with all of her heart. She’s giving, and she’s full of energy.

And, she’s finally a big sister with a sibling at home!

Caroline turned four on November 26th, and her baby brother was born on December 9th.

She’s been beyond helpful and understanding. She’s always so wise for her age. She readily accepts that William needs lots of naps, and hardly has any awake time yet.

She accompanies me to his room for every single diaper change and feeding, just to be with us- just to have a chance at the tiniest bit of awake time with her brother.

Simply put, she’s incredible with him. She loves him with all her heart, and he loves her just as much.

He listens to her and looks at her. He’s always aware of her presence.

It’s been incredible to witness.

At the same time, her grief has been brought to the surface. She talks about how she misses April every night.

She’s sad, and has even said that she wishes William was April, but that she also really loves him.

I think she struggles with the fact that she can miss and love April, while still enjoying and loving William.

We all feel some of those emotions. At the young age of 4, however, those feelings are hard to accept and understand.

Yesterday she was smelling her favorite, special blanket. When asked what it smelled like, she said “family“. That pretty much sums up how grown up and loving she is with one simple answer. Family.

Caroline’s schedule is very much the same as it has been for the past 2 years LOL!

She wakes up at 7 am, and goes to bed at 7:30 pm (this is slightly later than it was previously).

She has nap time after lunch. The time now varies.

Some days she’s home from school by noon and can eat and go down.

Other days she’s not home until 1:30 pm, and then goes down.

She’s capable of handling the changes during the week, however.

While the time of her nap is relatively the same at it once was, and the nap time slot remains, her nap structure has changed drastically (see below section on naps for full details).

Luckily, we have some rules in place that Caroline is very used to by now, but she’s growing more and more picky as she gets older.

What was her favorite thing to eat yesterday, can be added to the dislike list in an instant.

We have a standing rule that she try everything on her plate.

If she hardly eats anything, but has tried everything… she can be done. We don’t force her to eat, and aren’t pulling out other things just to get her to eat, either.

Dinners are a bit different. She’s expected to try what we are eating and eat the same thing as us on the first night.

If we have leftovers, however, we take into consideration if she disliked something the night before, and try to accommodate her.

Things I know (for now) that she will eat and enjoy:

Caroline wakes up at 7 am, or slightly before. She likes to immediately get ready for the day.

She usually has an outfit picked out the night prior. She goes potty (on her own), gets dressed (on her own- unless something needs to be turned right side out), and then we brush her hair and teeth (both with my assistance).

Only then will she emerge and go downstairs. On school days we have to get ready first thing like this, but she really likes it and has carried it to all days.

We then eat breakfast, and while I clean up she has some independent play time.

Twice a week, we then head to school. She eats lunch at school once a week. She LOVES school.

She really has turned into a social butterfly and wants me to plan playdates all the time. She enjoys time with her friends, and has one friend she talks about all the time!

She asked for a friend birthday party this year as well, which we attempted for her.

She was also taking 2 classes:

She talked to us recently and expressed that she wasn’t really enjoying either class any longer. She requested to try something new- ice skating.

We are in January as I finally get around to writing her 4 year old update, and she had her first ice skating lesson today.

She was so nervous. Once she was out on the ice, however, she was focused and really doing her best. It was a lot of fun to watch.

When she’s not at school or at a class, she enjoys being with the family- playing with the dogs, being with William, or even just sitting with me while I feed William.

I have stopped doing a lot of structured time with her, and she has a lot of free play.

This is not something I meant to do, it just happened with having a rough pregnancy, moving, getting a puppy, etc.

She has had increased moments of doing bad listening and yelling at me, and I think it’s partially due to the drop in structure during day.

When I refocus her and provide activities this behavior seems to do better. So, this is something I need to work on.

I will say, she’s very good at stopping, apologizing, and starting over.

Ok so naps are the one part of her schedule that have changed a lot!

Caroline still sleeps many days, but many days she just sits in her bed wide awake. She’s patient with it, but we felt bad that she was just sitting there for so long.

Her clock is set to 3 hours for her nap time.

Instead of reducing the time, or dropping the nap all together, we changed it up.

Caroline is now asked to go to room time. She can play quietly in her room, and then take rest time when she’s ready.

She’s GREAT about getting into bed and resting when she feels tired, so this is a freedom we’ve allowed her.

She does a great job with it and is getting the rest that she needs as a result.

See if your child is ready to drop naps in this post.. 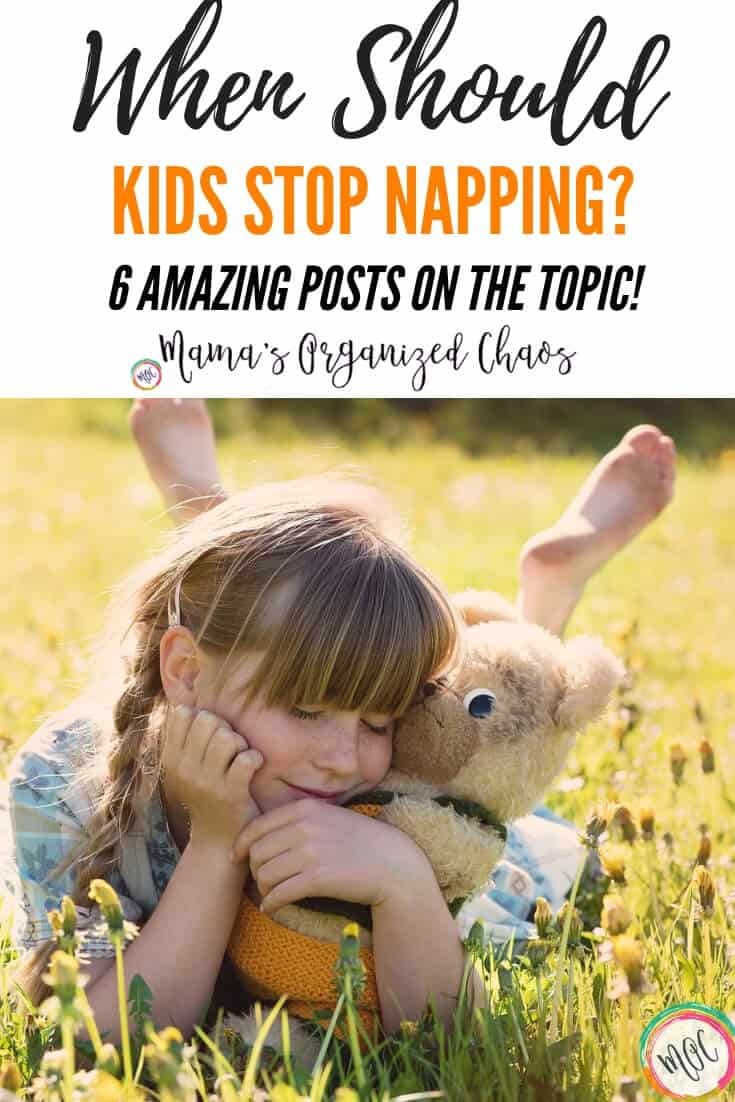 Nighttime hiccups- she comes into our room several times at night after we put her to bed.

She’s sad. She needs a hug. Her eyes are itchy. She’s thirsty. All sorts of reasons. But mostly, she’s sad about “April and Chelsea” and needing hugs.

We have no idea if she’s using this as an excuse, or if it’s something she’s really struggling with right now. But we assume it’s a real struggle. And so we give her hugs. We let her talk to us about her questions.

But then, it does get out of hand. She takes advantage. And so then we have to refocus the bedtime routine and reset expectations.

We are in one of those resetting modes now, unfortunately.

It’s hard, though because she’s talking about her dead sister. I mean how do you discipline around that without feeling bad?! Ugh. The struggle is real.

Music- Caroline doesn’t like to sing along (usually), but she sure does like the radio turned up.

William- Caroline “reads” to him, she holds him, and she patiently waits for every minute of his awake time that she can be a part of.

Brooklyn- This is her friend from school. She pretty much wants everything to be about Brooklyn. She talks about her when she plays, she makes her things all the time, and is constantly thinking about what Brooklyn would like.

Outside- She still loves her outside time. It can be 37 degrees outside, and this girl still wants to go splash in puddles.

She got a new big girl bike with training wheels, and a scooter. She loves doing both!

Her favorite color is still…. purple.

She loves dresses. She’d wear a dress every single day if she could. We let her, and just make sure she’s warm (with pants underneath and a sweatshirt on top if necessary). She wore her holiday dress for about a month straight I think LOL.

Copper- Our new puppy. She loves Copper so much. She’s great with her and is training her very well.

Responsibilities- Her responsibilities are to feed the dogs, put her laundry away, clean up her room, and various other things to help out in the moment.

She puts her laundry away 100% on her own now! She has bins for her shorts, pants, underwear, socks, and jammies. So, these items she doesn’t have to fold, she just puts them in the bins. Shirts and dresses, she hangs up in her closet by herself.

She can write her name and almost knows how to spell it.

Her favorite movie right now is Frozen. Yep, she finally jumped on the frozen train. She still enjoys Trolls as well. She’s over Moana- it was short lived.

Shows- She really likes Fancy Nancy, but we’ve stopped watching it, as Fancy Nancy isn’t very nice and it was having a negative impact on her.

She loves playing pretend. She pretends that she is Anna or Elsa, and lately Lumiere from Beauty and the Beast. She wants to be in character all day.

Caroline is very polite. She says please and thank you on her own. She remembers things she wants to say thank you for and makes sure to tell us.

I just noticed the other day that she’s walking up stairs with only one foot on each stair!

She’s so patient and so grown up. She’s passionate. She’s curious and has amazing questions. She’s such an incredible person.