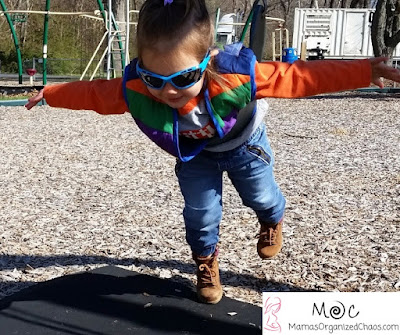 I saw a meme recently that read something to the effect of – I gave up a lot of things when I became a mom…The F-bomb wasn’t one of them. I immediately laughed and raised my hand- “guilty”! A lot about my life has changed. I am a stay at home mom, and poop makes it into my vocabulary daily- no wait, more like hourly. I rarely have adult conversations, and don’t really have reasons to put nice clothes on anymore. I haven’t changed, however. I’m still me. And as me- well I like to use the f-bomb when, well…life happens.

Am I more conscious of it? Yes. But, have I stopped? No.

Has my daughter repeated the curse words? YES! And guess what!? It is hilarious to hear a 2 year old curse. Talk about getting a good laugh!

Does she go around cursing? No- because we don’t make a big deal about it and it is just a word to her.

Here’s the thing- children WILL hear these words at some point in their lives. Sooner than you’d like to think (even if you do censor all language in your house). But, isn’t it just a word? It’s only bigger than that if we make it to be. I think the word “stupid” is far worse than dropping an f-bomb when someone cuts me off on the highway. One’s flat out mean, and the other is simply a way of expressing my emotion- something we try and teach our children daily. And, if saying a curse word helps me to channel my frustration, then so be it. In fact, if my toddler would refrain from having a tantrum in exchange for saying one curse word- um DONE! I’d take it!

Do I refrain from using curse words in front of your children? You bet! I respect the fact that some people don’t want their kids hearing this language. While I don’t think it’s a big deal, I respect your opinions and don’t want to put you in an uncomfortable position.

Does my husband refrain from using curse words while at the bouncy house play area? No. Do I ask him to stop? Yes, but I shouldn’t! Because the reality of how I feel, is that it really doesn’t matter. It is a word, and it is not being directed at anyone.

So yes, feel free to curse around my children.

Key word – around. Don’t you DARE curse at my child or you’ll have one upset Mama bear- don’t test me.

There are worse things than cursing in the vicinity of a child- name calling for example. It’s personal and mean. Talking bad about other people behind their backs. Again, personal and mean. Cursing is simply a way to express emotion. My grandma used to say “suchamagoochie” instead of cursing. Yeah it sounds like she’s not cursing, but the reality is that she was cursing- she wanted to say shit and we all knew it. Shit is just a word, just like suchamagoochie.

All of these things, however, simply provide teachable moments. If my child hears a curse word and decides to use it, or ask about it, I then get the opportunity to explain to her when and if it is appropriate to use. If my child hears you calling someone stupid, I again get to have a teachable moment with my child that may not have otherwise happened. So thank you to all of the strangers out there that have given us something to talk about. And in the meantime, I am going to continue to demonstrate to my child how to properly use the f-bomb. Don’t worry, she’s still capable of being respectful. You’d never know we don’t censor our language at home. Our daughter is as polite as can be, saying “yes, please” and “no, thank you”, etc.

And, if you’re feeling guilty or worried about using f-bombs in your house, remember 3 things:

You are the adult- you get to do things that your children don’t get to do (like stay up late, watch as many episodes of This Is Us as you’d like, drink a beer, have sex, and curse). Enjoy. Explain to them that they can have these freedoms later in life.

Do as I say, Not as I do- Not everything I ask my child to do is applicable to me.

It’s less exciting if they hear it all the time. My child isn’t going to walk around cursing. One, she’ll know when it’s appropriate. Two, she’ll know how to be respectful. Three, she’ll be over it because it’s just normal and not something we’ve been restricting and hiding from her. 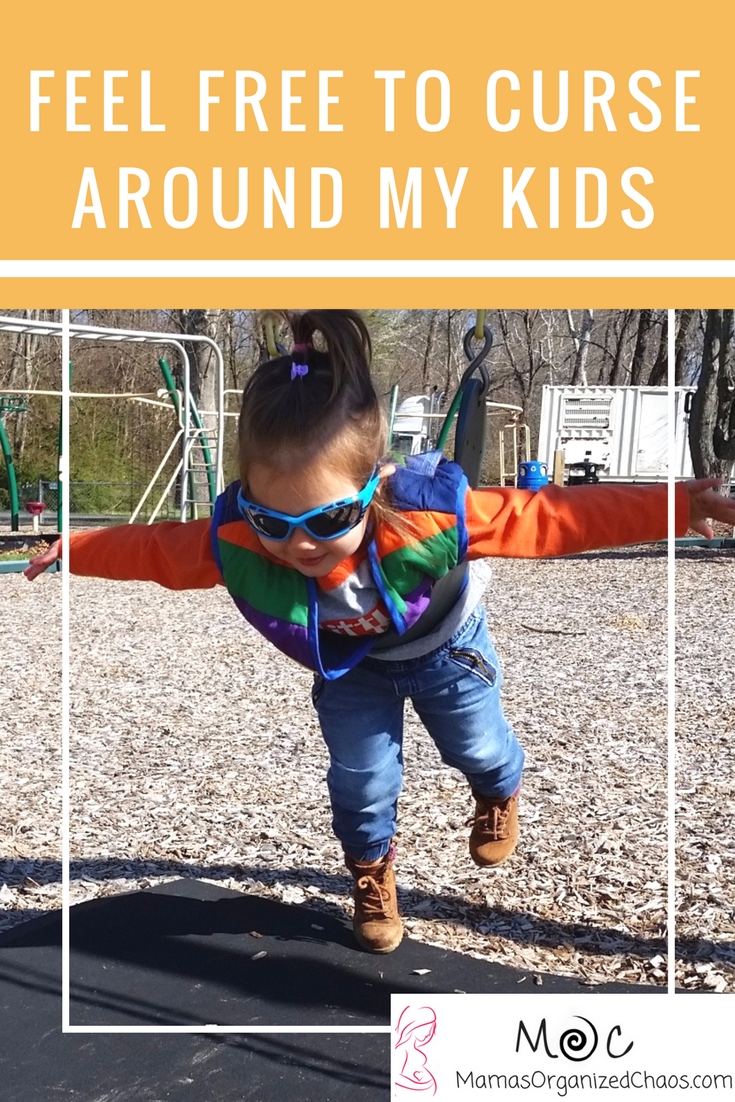