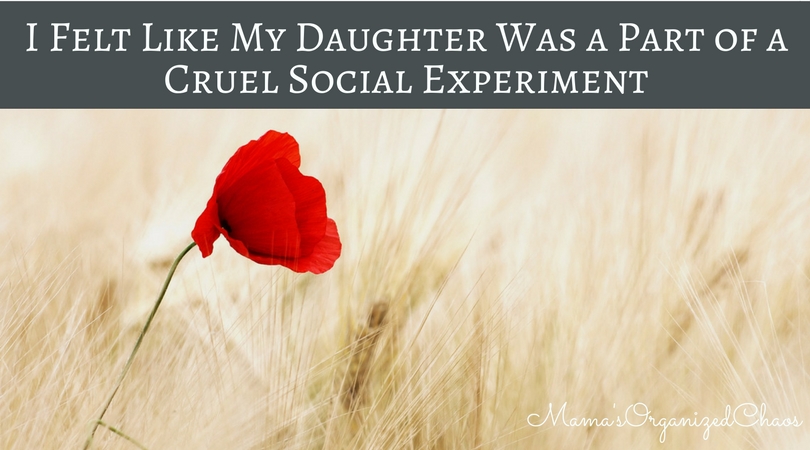 A glass wall stood between us. Your father and I were in the main waiting room, and you’d made your way to the sectioned off room that had a children’s movie playing. There were two older children in the room. Once inside, you chose a chair and sat quietly watching the movie.

The mom of the two other children came walking out talking with the specialist she’d just seen for an appointment. They called the older girl out of the room and told her she could pick a prize from the treasure chest for being so patient. They handed her a bin. The girl chose to bring this bin of toys back into the video room as she made her selection. The little boy was told he could get one after his older sister had chosen as well.

No one spoke to you.

My stomach tightened as I realized you’d now be seeing the bin and wouldn’t get to take a toy like everyone else. I was a little annoyed with the specialist and the mom for allowing this to unfold in the way that it was. No one had even acknowledged your presence, much less thought of your feelings. My little two year old.

You sat just watching this unfold. This exciting toy bin had entered the room. The two other children in the room had been told they could take a toy. You had no reason to believe that you shouldn’t do the same. You watched. Then you decided to get up and stand in line behind the boy. You waited ever so patiently, and I knew the anticipation was killing you.

I knew you shouldn’t take a toy since they weren’t technically for you, but I was insanely proud of how you were handling the situation and waiting so patiently. I mean, you are 2 years old. You weren’t just grabbing a toy. You were waiting and being so patient without anyone telling you to do so, or anyone even watching (that you knew of). When the boy was just about finished choosing his toy, his mom entered the room. You watched her as she came over and closed the bin that you stood just inches away from. She took it away and just left you standing there. Again, no words were exchanged.

My heart just sunk. I was going to let you take a toy. I mean after all, it was not your fault that the toy bin had been allowed in this room and rubbed in your face. And you are 2! A two year old waiting that patiently deserves the prize. I couldn’t believe that no one said anything to you. It was like I was watching a cruel social experiment unfold. You just stood there. You watched as she left the room with the bin. You didn’t protest. You didn’t cry. You didn’t scream or get upset. You watched.

I jumped up to at least offer an explanation to you. As I opened the door, you looked at me and said “What Mama?”. I asked if you’d come over to me so I could talk to you. You again said “What Mama?” Behind me Daddy was saying just to let it be. And so I did. You weren’t coming over, and I didn’t want to embarrass you in any way. You didn’t seem to want me in there. But you were so confused. You didn’t know what had just happened, and you didn’t understand why you hadn’t gotten a toy.

I sat up last night replaying what happened in my mind over and over again. You shouldn’t have had to feel the way that you felt in that moment. Everything about this situation was avoidable, and you were caught in this odd and unfair situation- that you handled so well.

What did you do after I’d left the room? You continued to stand there. You looked at the toys that each child had chosen. You even got uncomfortably close to the older girl and tilted your head to look at her toy. No words. The little boy had chosen a car. You stood in front of him. You put your hands out (palm up) in a motion asking for him to share. He pulled the toy back startled.

I jumped up and went in the room to talk to you. I didn’t want you to take another child’s toy. But as I went in, I knew that’s not what you were doing. Your hands were open, hoping for the other child to share. I hadn’t seen you say anything to him, but perhaps you did. I knew you weren’t going to just take it though.

I had you sit on my lap, and I explained the unfairness of the situation. I explained why these children had gotten a toy and why you hadn’t. You looked at me and said “But Mama, it’s polite to share”. “Yes”, I said, “it is, but they don’t have to share their toys. They earned those toys being patient while their mom was busy with an appointment. You’ll get your prize when we are all done as well.”

I was such a proud mom in that moment. What an amazing thing to witness. You are growing up so fast. You didn’t need us to scoop you up and save you. You had it all under control. You stand tall, confident, strong and beautiful.

I love you so much. 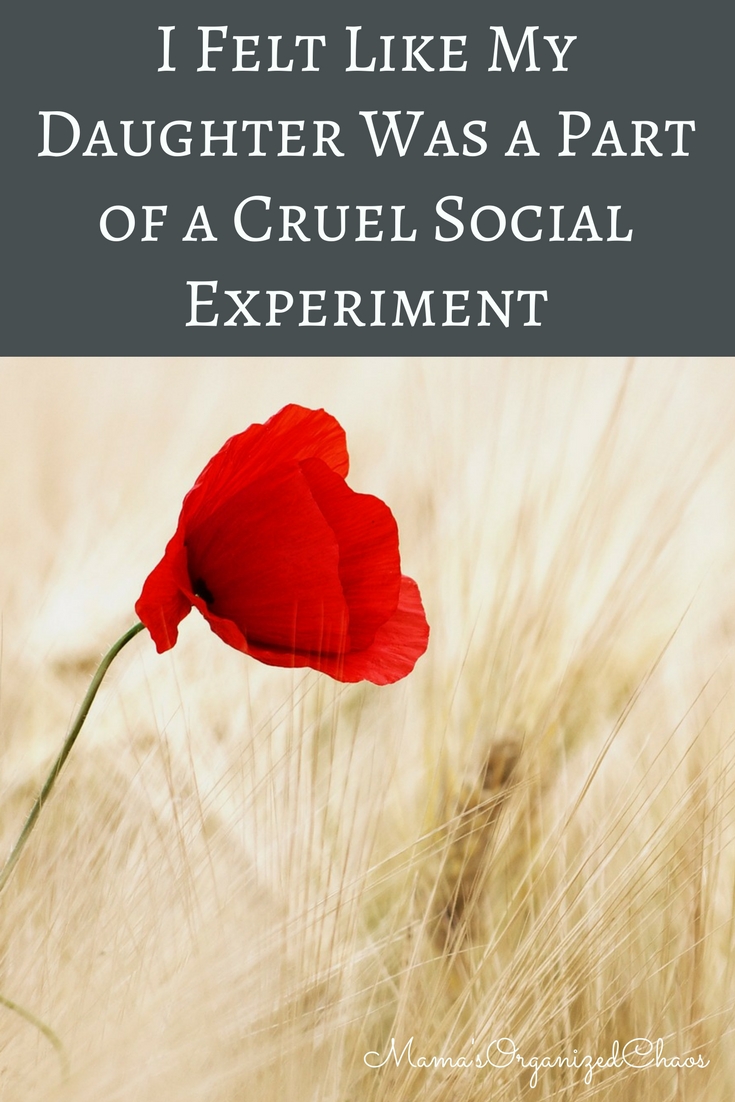