Sunday night, Caroline refused to eat dinner. This isn’t completely abnormal for her, but she seemed a little out of sorts. We got her down from the table, finished eating and took her upstairs. Figured we’d let her have some playtime before bed. She was a little extra fussy, so I grabbed her to give her some snuggles. HOLY HOT! Caroline’s skin was on fire.

I am that mom that thinks her baby feels warm and checks for a fever just in case. Probably once a week I am reaching for the thermometer because she feels hot to me. I had no idea that a fever would be so obvious.

Her entire body was hot to the touch- not just her forehead. So much so, that there was no question that she had a fever. Honestly, I am surprised she wasn’t screaming her head off and more vocal about it. She is amazingly strong to be handling it the way she was. So, out came the thermometer, and sure enough she had a 103.0 degree fever.

I knew we’d just be instructed to give Tylenol, but also knew that it was approaching the dangerously high numbers. We put a call into her pediatrician just in case they wanted us to go in. As expected, we were told to give Tylenol. I figured we’d go in every 4 hours and give it to her, so her fever might get some relief, but they also told us to simply let her sleep and schedule an appointment in the morning.

It took awhile to get her to sleep, but once she was out, she slept surprisingly well. She woke around 5 am, and she was still burning up. I gave her Tylenol, and by her 9 am appointment, her fever was down to 100, and she was feeling much cooler. Caroline checked out great- no ear infections, throat looked clear, etc. She simply has a virus. We got the go ahead to give Motrin as well.

She was up almost every hour. She’d cry, and by the time I looked at the monitor, she’d be putting herself back to sleep and quiet again. So, I refrained from going in. I knew going in would end up keeping her up for a couple of hours, and she needed her rest. Plus, the doctor had said not to interrupt her sleep to give medicine. Even though she was going back to sleep, I’m wishing I would have gone in to give medicine, because her fever was back with a vengeance this morning. Her fever was even higher- 103.8.

I knew that she’d get sick one day. I knew that this day would come. And when it did, I was prepared to throw our schedules out the window and was ready to forget about her sleep training and rock her to sleep. It’s amazing, though, how she still prefers and needs to do roughly the same routines. We were off schedule yesterday, and will be again today, since she woke up so early. Somehow, she managed to get herself back on schedule. And, while she’s fighting sleep right now, and I go in to rock and soothe her, she still ended up falling asleep on her own yesterday for naps. It took several tries, and my rocking seemed to help calm her down and allow her to put herself to sleep, but at the end of the day, she seemed to need that usual routine.

Night was a different story, and nothing was working- not the usual routine, not rocking, nothing. Daddy eventually managed to successfully get her to sleep. The winning combo was holding her while walking- like we used to do back when she was teeny tiny and just a couple of weeks old. I think the walking distracts her from our goal (getting her to sleep), but allows her the comfort of being held. YAY for a daddy win!

These are such frustrating moments. All I want to do is make her feel better, and there’s simply not a way. I want to do whatever she needs, except she can’t tell us what that is. I would hold her all night long if it would help, but it doesn’t. She tries to tell me what she needs, though, and I love her so much for this. She tells me that she doesn’t want to be put to sleep, and that she doesn’t want me to go. She pushes away when I try and rock her (protesting sleep), and holds on to my shirt when I try and lay her down. She tells me she doesn’t want to sleep, but I know she needs sleep, and I need to go for that to happen. When I hold her, she knows what I’m trying to do. She knows that I’m trying to put her to sleep, and boy does she resist. She’s smart. She’s a fighter. She’s independent and loving. She’s sensitive and sweet. She’s stubborn and focused. She’s determined. She’s definitely my husband’s daughter, and definitely my daughter, too. 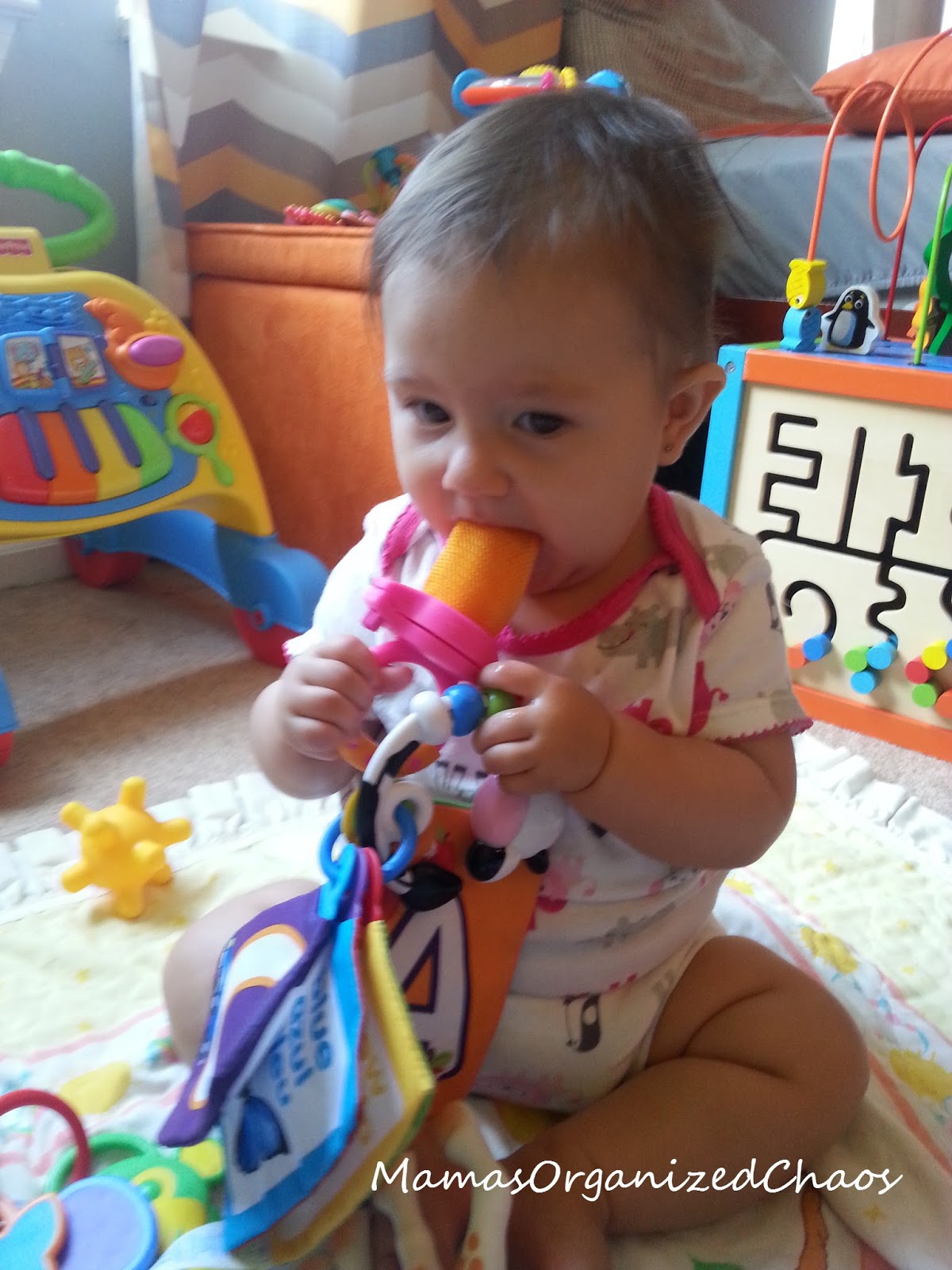 In the meantime, I’ll rock her to sleep, if she’ll let me. I’ll hold her as long as she’ll let me. I’ll give her kisses and tell her she’s loved. I’ll nurse her as many times as she wants on these days. I’ll give her a popsicle to suck on, and I’ll hold her hand. I’ll make her smile even if she doesn’t feel up to it. I’ll get as many smiles out of her today as I can. The schedule can wait, the sleep training can wait, the dishes and vacuuming can wait. Everything can wait, while I take care of my little girl- my strong, smart and beautiful little girl.